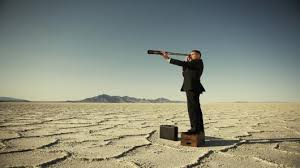 “Seek the LORD while He may be found, call upon Him while He is near. Let the wicked forsake his way, and the unrighteous man his thoughts; let him return to the LORD, and He will have mercy on him; and to our God, for He will abundantly pardon.” (Isaiah 55:6-7)

We had a great time out witnessing last month. Personally, I had some great conversations, and the tracts were flowing out thick and fast. Remember to keep praying for people – even if you can’t remember the names of those we talked to or gave tracts to, God knows them, and He can perform miracles with one Gospel seed!

Something that has been pressed on me 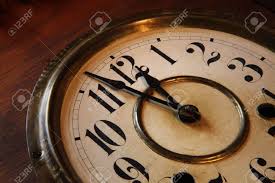 lately is the fact that the time of Christ’s return is getting closer. Scripture tells us the warning signs: evil is being called good, and good evil (Isa 5:20); nation is rising against nation, and kingdom against kingdom; famines and earthquakes are occurring with increasing frequency (birth pangs – Matt 24:8).

Our time on this earth will soon be drawing to a close – and that’s a good thing for us, for we know where we are going.

But for those who think they will get away with anything they like, or don’t care whether or not they will have to give an account for their actions – for them this is a bad thing. A very bad thing! Every action, good or bad, becomes a wrath-coated cannonball, waiting to pound the unbeliever to dust on Judgement Day.

What the sinner needs is a saviour. We have knowledge of this saviour, and we need to let the world know. To not share is to not care for their soul. Isaiah 55:6-7 sheds more light on this:

The sinner looks for answers in all the wrong places; yoga, meditation, prescription medicine, drugs, alcohol, self-esteem products, even in a false religion. Anything apart from the God of the Bible. We shouldn’t expect him to repent from his sins of his own accord, or stumble into our churches and collapse at the altar. “The sinner loves righteousness like a criminal loves the Police station” (Ray Comfort).

In fact, he will deliberately go out of his way in order to exclude God from having any input into his life, yet still expect to go to heaven after he dies.

Show him who to turn to!

Time is of the essence. The sinner seems to think that he will repent at the last minute, on his deathbed just before he passes. But no one knows when they are going to die. He could live a long, fruitful life, and have lots of time to sort out his eternity. On the other hand, he could have an appointment with the front end of a bus on the way home today.

He may also be granted just one more chance to respond to the Gospel before God shuts the door, and gives him over to his evil ways. He may be waiting for you to be obedient in evangelism this one time.

Show him today, not tomorrow!

A walk towards God requires a walking away from sin. This is repentance, turning our backs on our old ways. This is frequently the forgotten step of evangelism. God cannot save those who refuse to forsake their sin. God won’t come into his stony heart unless he pleads with God to remove it and replace it with one of flesh. The sinner needs a heart replacement, not a character adjustment.

Show him he must repent!

Change comes from forsaking evil thoughts: “…and the unrighteous man his thoughts…” (v7) 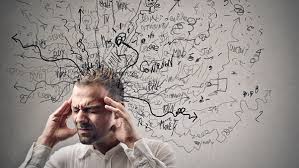 Evil actions always start with evil thoughts, swelling up from an evil heart.. That is why even if the sinner hasn’t acted on them, God will still judge him for them. Lust is adultery of the heart. Hate is murder of the heart. God judges the sinner’s heart and mind. If his mind is fixed on sin, it proves he has not forsaken his old ways, and is still under judgement. This shows how serious God is towards sin.

Show him his sin!

God’s first action to the repentant sinner: “He will have mercy on Him…” (v7)

Justice means we get what we deserve, but mercy is when we don’t get what we deserve – unmerited favour. When the sinners’ faith is in Christ and not himself, the sin he has committed has been paid for with Christ’s blood. That is the most merciful thing anyone can do for you – take the punishment on your behalf.

God’s second action to the repentant sinner: “…He will abundantly pardon” (v7)

Not only has God through Christ paid the repentant sinner’s fine for him, he has also wiped the slate clean – forever. Any sin committed – past, present, or future – has been wiped from his record – eternally! This doesn’t stop him from ever sinning again, but because his heart is now attuned towards what God hates, he is more inclined to nail this on the cross as well.

Share with him the Good News of the Gospel!

Caught Out, And Convicted!

Last time out down at the shops, I passed a couple of young people at the bus stop. I offered them both million-dollar Gospel tracts, and asked them what they think will happen to them after they die.

They both said “hopefully heaven”.

I asked if they thought they were good enough people to get make it.

“Do you want to know for certain? There’s a simple test we can take”

I asked them if they had both lied, stolen, and taken God’s name in vain. They answered yes to all three. I told them that that made them liars, thieves and blasphemers.

“OK, last question, and thanks for your honesty. Have you ever looked with lust?”

“I mean, have you ever looked at another person, and had sexual thoughts about them?”

She looked down and said “Yeah”. B looked at her and said “Um, yeah”

“Are you two together?”

“Look, you don’t answer to me, you answer to God. I’m not judging you, but by your reaction, you already know that what you are doing is wrong in God’s eyes. The Bible says that no liar, thief, or fornicator will enter the kingdom of heaven, and God will not hold him guiltless who takes his name in vain. So when you stand before God on Judgement Day, will He find you innocent or guilty of breaking His commandments?”

B: “Hopefully, if He forgives us, heaven”

“Let’s say you are standing before a judge. The judge says you are guilty of serious crimes, and you must go to prison. You plead for him to forgive you. If he overlooks all your crimes and lets you off, would that make him a good judge?”

“The same applies with God. You are guilty of breaking at least 4 of His commandments, yet you are expecting Him to let you off without punishment. Does that sound reasonable?”

“So where would He send you?”

“Does that concern you?”

They said “Yes” in unison.

“It concerns me, too. The last place I want you to go is hell. But I’m here to tell you some good news. God did something so that you don’t have to go to hell. Do you know what that is?”

A: “Wait, didn’t He didn’t he die for our sins or something?”

“Yes, that’s right. He came to earth, born of a virgin, fully God yet fully man. He lived a perfect life. Then God sent Him to die a bloody death on a cross. While on the cross, He crushed His Son, His only Son, with the weight of yours and my sin. Every sin you have committed, God crushed Jesus for it. But there was a legal transaction that took place. Do you know what that was?”

“Well, it’s like this: you committed the crime, but God paid the fine for you. It’s like the judge taking off his robes, and paying the punishment in His life’s blood on your behalf for you. So now you don’t have to rely on faith in your own goodness anymore. You place your faith in Christ because He paid your hell punishment for you. You need to repent, which means to turn your back on your sins, and transfer the faith in yourself, to faith in Christ, because He is the only person who can pay the price for you. If you don’t, then you need to pay the price yourself on Judgement Day. Does this make sense?”

A nodded: “Yes, that makes perfect sense to me”

B: “As soon as possible. Do you have any details on your church? I’d like to come.”

I told them when and where our church met. I shook hands with A & B, imploring them not to disregard what we talked about. They agreed, and said they would come to church the next day.

They never did turn up, and still haven’t. But that doesn’t mean they haven’t responded to the Gospel. I keep them in my prayers.

I’ll see you at my place this Saturday at 10am for prayer before heading out once again!

Witnessing Tip: Give them space! 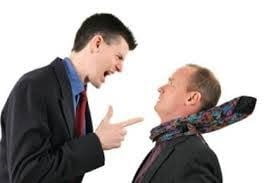 During the social distancing period we have all learnt not to get too close to others for health reasons.

But it is a good lesson to learn in normal circumstances as well.

Getting in peoples’ face while witnessing gives the impression we are lecturing, or talking down to them.

Giving them space will give the impression that we respect them.