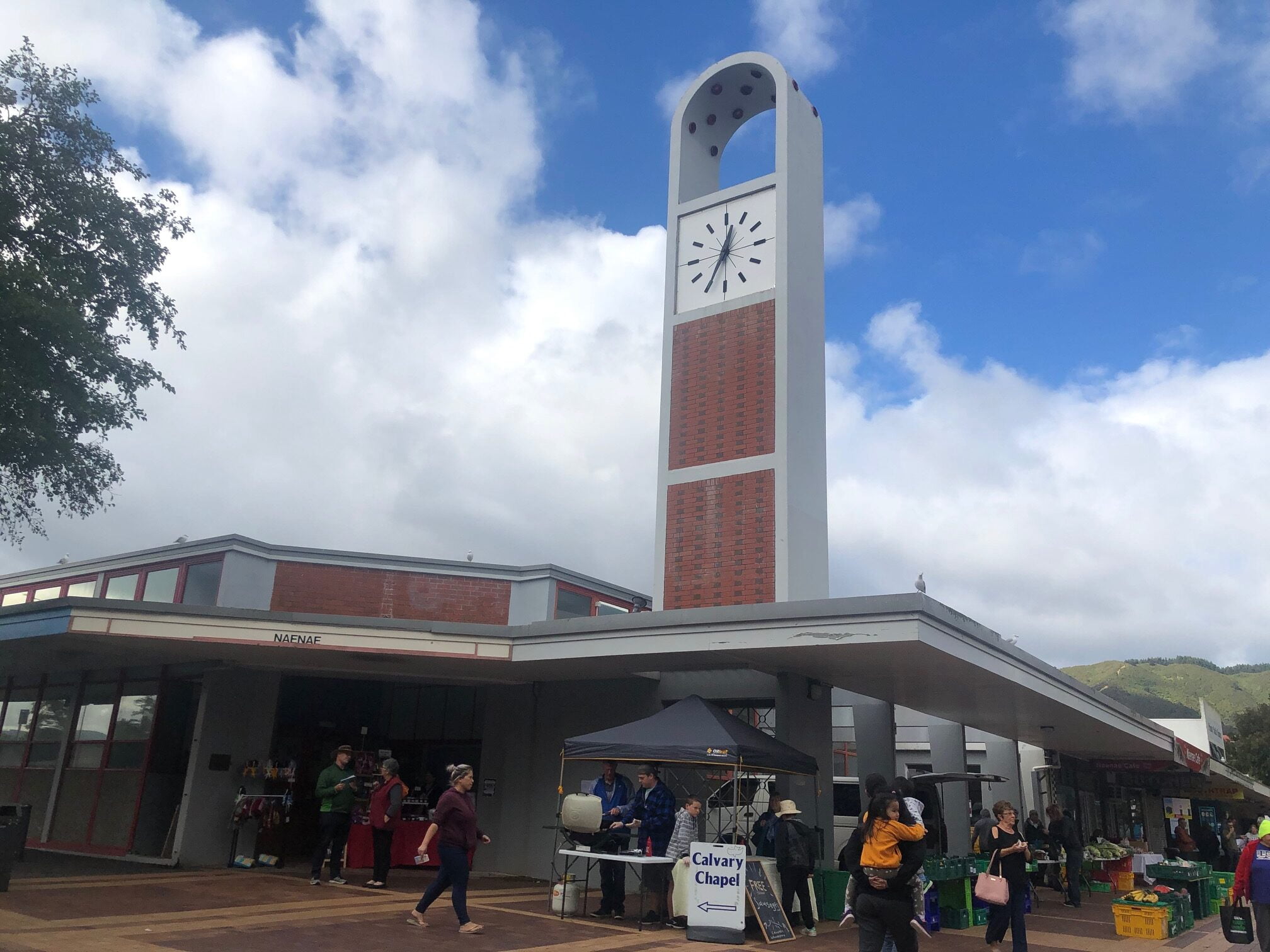 Today our day at the market coincided with the Naenae Oranga Festival – a festival celebrating cultural diversity.

Therefore, since we have this ministry, as we have received mercy, we do not lose heart. But we have renounced the hidden things of shame, not walking in craftiness nor handling the word of God deceitfully, but by manifestation of the truth commending ourselves to every man’s conscience in the sight of God. But even if our gospel is veiled, it is veiled to those who are perishing, whose minds the god of this age has blinded, who do not believe, lest the light of the gospel of the glory of Christ, who is the image of God, should shine on them. For we do not preach ourselves, but Christ Jesus the Lord, and ourselves your bondservants for Jesus’ sake. For it is the God who commanded light to shine out of darkness, who has shone in our hearts to give the light of the knowledge of the glory of God in the face of Jesus Christ. 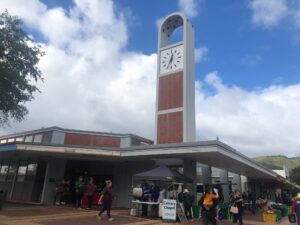 Down at the market, things were already humming. The weather was a bit iffy, with the odd shower passing through. The stall was already set up by the old Post Office, and the free sausages and Gospel packs were already going like hotcakes.

The packs consisted of a tract, a greeting from our church, and of course, a small Whittakers chocolate bar! 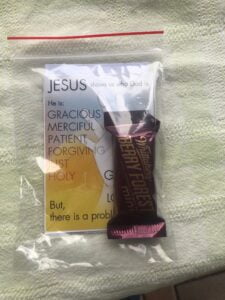 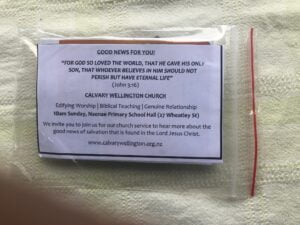 We split up and distributed the Gospel packs around the shops. Almost everyone I offered the Gospel pack to, took one. It was probably the way I worded the greeting; “Hi, would you like a free chocolate?” And when they take it, I say “It comes with an important message.” If they stop and read the cover of the tract, I would attempt to start a Gospel conversation with them. Unfortunately, I couldn’t get any willing to talk, so I switched back to my old faithful, the million dollar tract.

At the bus stop I met Evie. I offered her a million dollar tract. She said “It isn’t about Jesus is it?” I said it was, but there was an important question to ask first. She said she was an atheist. I asked her why. She said she had survived two brain aneurisms. The doctors said she would never walk or talk again, but she defied all the odds. She said she couldn’t understand why a so-called “loving God” would let her go through all that pain. I sympathised with her, and explained that when God made man, he was good. But when man rebelled, it brought sin, illness, disease, and death into the world. I told her that God is sovereign, and only He knows why this happened to her, and not me. She understood the explanation, but she wasn’t interested to talk further. I gave her a Gospel pack, and wished her well for the future.

Outside the library, I bumped into Fale (literally). I said I was sorry, and said “Here’s a million dollars to make up for it”. She laughed and said “I’m rich, I’m rich!”. I said there was a million dollar question on the back – what happens after we die? She said she was a Christian, so she was going to heaven. I asked her on what grounds was she getting into heaven. She said because she was a good person- uh-oh! I took her through the law, and she fell miserably short of God’s standard of getting to heaven. She tried to tell me that Jesus was loving, and would forgive her. She was itching to get away from me, so I told her that a perfect judge would not let her off scott-free, as that would not make him a good judge. Before I got to the good part about what Christ has done, she had walked away. Fale may attend a Presbyterian Church, and consider herself a Christian, but sadly I still don’t know if she has ever heard the Gospel explained properly.

I could see the other members of the team out delivering packs and attempting Gospel conversations as well. It was a fruitful day! 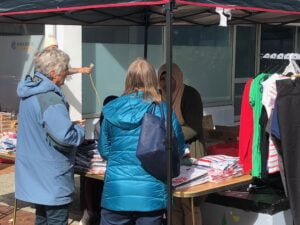 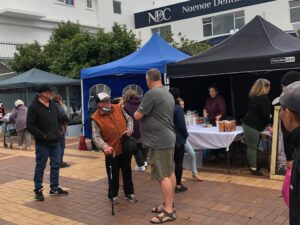 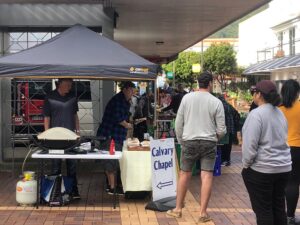 Although I gave away plenty of Gospel packs and million dollar tracts, I only had two conversations of substance.

When everyone had packed up and left, I decided to stick around for the kapahaka (Maori cultural events), as there would be more people to talk to. However, I noticed that there were quite a few patched gang members turning up, possibly to see their family perform. I felt a bit intimidated, and as I was on my own, decided to call it a day.

I pray that all those that received a Gospel pack, or conversed with the team, will come to repentance, all for the Glory of God!