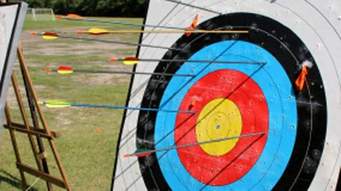 Here was the first Gone Fishin’ newsletter for 2019!

“Moreover, brethren, I declare to you the gospel which I preached to you, which also you received and in which you stand, by which also you are saved, if you hold fast that word which I preached to you–unless you believed in vain. For I delivered to you first of all that which I also received: that Christ died for our sins according to the Scriptures, and that He was buried, and that He rose again the third day according to the Scriptures…” (1 Cor 15:1-4).

I’m excited about kicking off our Gone Fishin’ street evangelism for 2019!  I have missed my one-on-one encounters with complete strangers at the Naenae shops. Spreading the Gospel with someone I have never met before can be both nerve-wracking and exciting at the same time!

We learnt in the message last Sunday that in 1 Corinthians 15, Paul summarises what the Gospel is. And at first glance, it seems too simple – Christ died, was buried, and was raised on the third day, according to the scriptures.

But hold on, what about the emotional plea to repent from our sins? To ask Jesus into our hearts? To pray a sinners’ prayer? Isn’t Paul’s stripped-back version a little too cold and callous?

No, it’s not, and those things aren’t the Gospel. They may happen, but God must first convict the heart of sin and unbelief.

Let’s drill down into this:

Christ died for our sins according to the Scriptures… Sin is missing the mark. It is falling short of God’s perfect standard. No matter how much we try, we fall short of those standards.  In summary, we can’t love God enough, and we can’t love our neighbour enough.

Adam, the first man that God created, had perfect union with Him. But he became prideful, thinking he knew better than God. He broke relationship with his creator, and thus condemned himself to eternal separation from Him. And because we are born with Adam’s sinful nature, we are likewise condemned.

“OK, so why did Jesus have to die, and what does that have to do with us?”

Well, Jesus is God in flesh, conceived into a virgin via the Holy Spirit. Therefore He did not inherit Adam’s nature by birth. God needed a perfect, sinless sacrifice, and Jesus met that standard. So God sent His Son to the cross. While on the cross, He poured out His wrath – the wrath that we all deserve – and crushed His Son with it. Just before He died, He called out “It is finished!”, meaning the price had been paid.

…and that He was buried, and that He rose again the third day according to the Scriptures

“You expect me to believe He rose from the dead?” Well, that’s the whole point, really. I wouldn’t be interested in worshipping a dead martyr. Mohammed is still rotting in the ground, as are Confucius and Buddha.  The premise behind Christianity is that we worship a risen Saviour.

When we believe the Gospel, we become ‘Born Again’, meaning our old self is dead, and we are a new creature in Christ. In a way, this mimics Jesus’ resurrection from the dead.

So in summary, the Gospel is definitely not cold and callous. Rather, it is warm and life-giving. We just have to explain it properly. That is what evangelism is for!

Last year we were witnessing at the shops, there was a family outside the old Post Office, manning a BBQ for fundraising efforts. I tend to do circuits around the mall, and stop people as I pass by them. I had said hello a couple of times as I passed by the BBQ station, and joked with the family’s young children that were running back and forth to the climbing equipment in the playground.

One time as I was going past, the father called out “How’s Jesus going today?”. This caught me off guard, as I thought he was being sarcastic to me, but he had a smile on his face. He must have been observing us witnessing. I said “He’s doing brilliantly, thanks”. I handed him a Million Dollar tract, and introduced myself. He said his name was Jerry. I asked if he had a Christian background. He said his family used to go to church, but don’t anymore. He had tried the ‘Jesus thing’, but lost interest because it was boring. I asked if he knew what church was about. He said church and Christianity was for lost people that needed a purpose in life.

So I asked Jerry what will happen when he dies. Will he go to heaven or hell?  He said probably heaven, because he asked Jesus into his heart a few years back. So I took Jerry through the 10 commandments to show how much he was missing the mark. He agreed he was a sinful person, and would probably end up in hell. I said “See that sausage on your BBQ? Well, that’s nothing like the heat you will experience if you end up in hell.”

I then told him the Good News of how Christ paid the price on his behalf, and that he needed to place his faith in Him. He said “Thank you. I’ve never heard all this before. You’ve given me something to think about”. Jerry shook my hand. I gave him some more literature, and moved on. I prayed for Jerry as I continued my walk.

Sadly, there are lots of Jerrys’ around in the world. People that have ‘given Jesus a go’, and fallen away.  They walk into our churches to find purpose for their lives, and walk out – never to return – unfulfilled and bitter, without ever hearing the Good News of the Gospel.

Then I thank God for my faithful Pastor, and feel more motivated to seek out more people like Jerry and tell them the truth.

I’ll see you at my place this Saturday at 10am before venturing out!

Witnessing Tip: Put yourself in their shoes! A lot of witnessing encounters would be easier just if we learnt to put ourselves in their shoes. Imagine to yourself if you were that person, doomed to eternal destruction. How would you feel?
Let that drive you in your passion to get the message across.
It works!

Why is That?…Why do we have to make Christianity so hard?