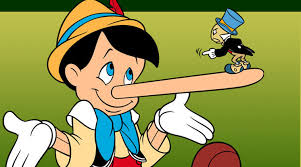 “But the cowardly, unbelieving, abominable, murderers, sexually immoral, sorcerers, idolaters, and all liars shall have their part in the lake which burns with fire and brimstone, which is the second death.” (Rev 21:8)

I hope you had a great Easter / ANZAC / School Holiday break!

We had an awesome time last month at the Riverbank Market, giving away over 500 hot cross buns, chocolate, and the Gospel! I found that most people were receptive of the food, and quite a few were willing to stop and chat about the meaning of Easter.

A couple of Sundays ago we discussed the use of the law vs faith in Christ. The two are diametrically opposed.  But people still think they are good, and are still trying to convince God of this. That is why an evangelists’ work is never done! The first commandment I turn to with regards to trying to convince the unbeliever of their law-breaking – is lying. It’s easy, because everyone has lied. Anyone who says they don’t is, well, lying! That is the only evidence I need to try and get them convicted of their sin.

But one common objection I often hear is “How could a loving God throw me in hell for telling a little white lie?”

Todd Friel, of Wretched Radio puts it this way:

You see, it’s not the size, or the colour of the lie that matters, it’s who you are lying to. And the higher up the chain of authority the person you are offending is, the bigger the punishment. And the same applies to the other 9 Commandments.”

God is Holy, and therefore will not tolerate any form of unholiness. And one little lie is more than enough to make you unholy. Therefore one little lie is enough for God to pour out His wrath on you, and banish you from His presence – forever.

That’s the bad news. It’s a bitter pill to swallow when you first hear it. Some will reject it, and some will be convicted.

To those that are convicted, you can tell them the good part:

Did you know that God has already poured out His wrath on someone, so that you don’t have to face His anger yourself?

In His love and mercy, He sent His Son Jesus Christ to die a cruel criminals’ death on a cross. There, He crushed Him with the sin of the world on His shoulders: the sin of everyone who murders, lusts, blasphemes, steals. Oh, and those who tell little white lies as well!

Three days after Christ died, God raised Him up from the tomb, defeating death.

What does that have to do with you? Well, if you repent and place your faith in Christ and what He did for you, you can be spared God’s wrath, as Jesus has already taken it for you.

If you don’t repent, then well, God’s wrath will need to be poured out on you someone else instead – YOU!. This will be in an endless fiery lake, where there is gnashing of teeth and no respite.

When you put it this way, it would be dumb for people to refuse, right? So, go and tell them!

Ray Comfort and the team at Living Waters have released their latest documentary “7 Reasons” free online for all to watch.

It is an excellent resource to help you answer those responses that are used in an attempt to justify murdering an innocent, unborn child.

Is it okay to abort a baby? What would you say?
People give many reasons why abortion is an acceptable choice, including:
– The inconvenience of pregnancy – Incompetence of parents – Infant disabilities – It’s the woman’s body – It’s not a baby – Rape or incest – She’s not ready to be a parent
Watch as author and award-winning filmmaker Ray Comfort addresses these seven questions, reasoning with college students and people on the street about whether such objections are justified. Seeing those who are ardently pro-choice change their minds in moments is both compelling and convincing. What reasons would you give for/against abortion? I’ll see you at 10am at my place for prayer before hitting the Naenae streets. The pool and Community Centre are closed indefinitely for earthquake risk reasons, which may mean that Hilary Court will be quieter than usual going forward.

People come in all shapes and sizes, ages, religious backgrounds, ethnicities, social status, etc.
It can be tricky sometimes, but we need to hone our evangelistic skills by engaging with them all.
If you’re afraid to approach someone, ask someone else to tag along with you for support!

The Woman at the Well – A Picture of Law and Gospel