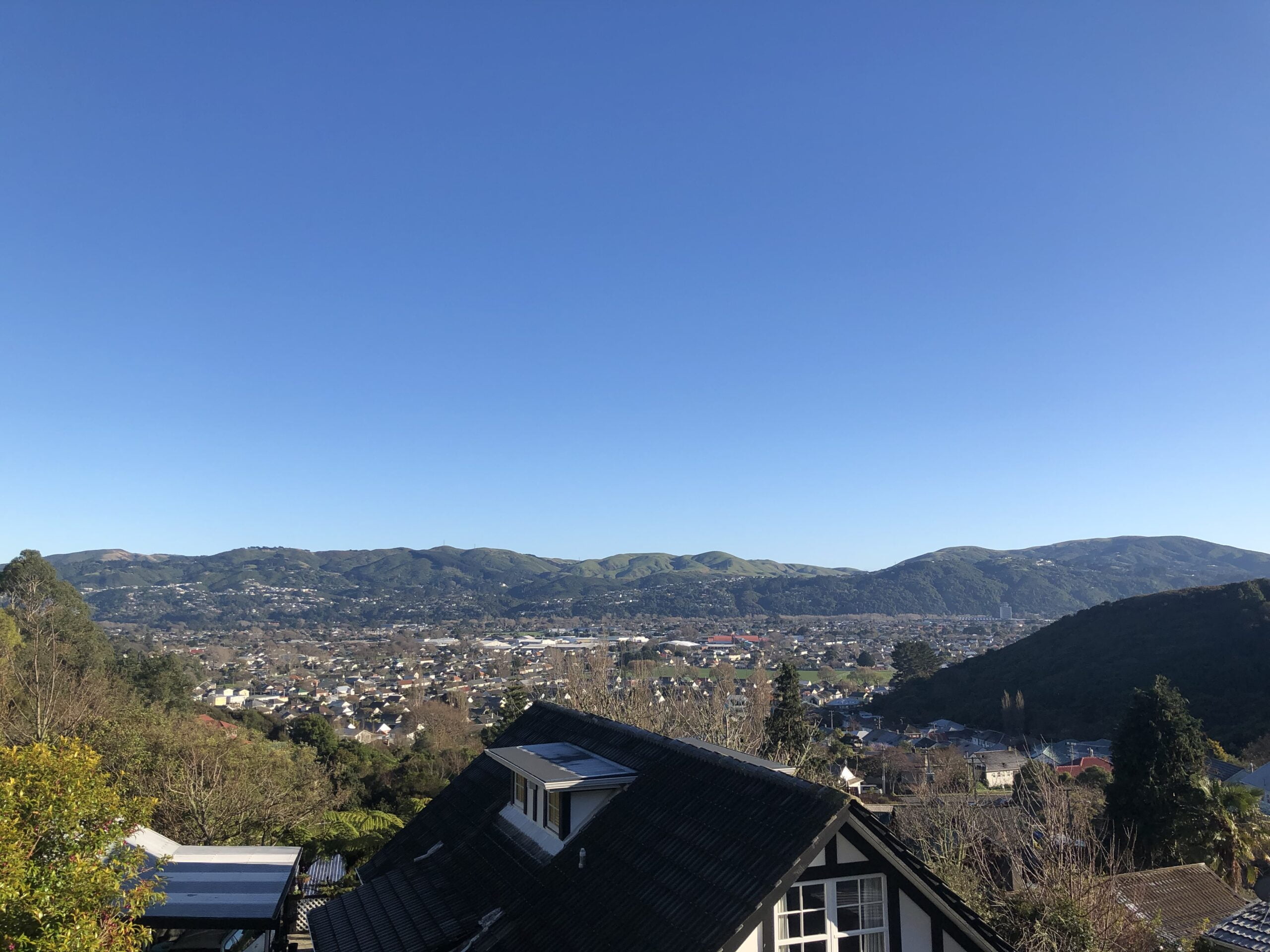 Today was a glorious winters’ day for our Naenae outreach – a little cool after a heavy frost, but not a cloud in the sky or a breath of wind.

We were thankful that the Government had not raised the COVID alert level, as this would have meant awkward social distancing protocols. Unfortunately, the Market was cancelled due to Level 2 restrictions. This meant there would have been less people out and about.

Blessed be the God and Father of our Lord Jesus Christ, the Father of mercies and God of all comfort, who comforts us in all our tribulation, that we may be able to comfort those who are in any trouble, with the comfort with which we ourselves are comforted by God.

We prayed that God would give us the discernment to approach the right people, and that we would remember to observe the social 2m distance while talking to them.

Down at the shops we all split up. I went alone this time. The million-dollar note Gospel tracts were being gobbled up.

Around at the bus stop I came across Vernon. He took a tract, and said he attended a Catholic Church in Naenae. I asked him to articulate the Gospel for me. He didn’t really want to try, but liked to discuss everything he did in the community. I asked him if that would get him to heaven, he just kept referring back to them. No matter what I said, I couldn’t avert his attention away from his works. I asked him to please read the tract, as well as the Gospel of John.

Around the corner I saw Faye, riding her motorised scooter. I gave her a tract and asked her what will happen when she dies. She joked and said she wanted to stay around long enough to be a burden for her kids. She started regaling me with stories of her granchildren and great-grandchildren. I couldn’t get her attention back to the law. What was with it today – everyone was deliberately avoiding answering me?

I left Fay there, and as I walked away, I asked for help from God to give me the words to say that will break this barrier of unbelief.

Outside the Naenae Hotel I passed Sandra. I gave her a tract and took her through the law. She admitted to lying, stealing and blasphemy, and said she would probably go to hell. She admitted that it did concern her. When I said I had good news for her, she said she had to go! I pleaded with her to hear the news that would save her from hell, but she’s gone…

Back around by the playground, I gave Dennis a million-dollar tract. When he found out it was a Christian tract, he was furious. I don’t think I’ve met anyone as hostile as this before. He said religion is pointless, and that you can’t prove or disprove God. When I asked him if the building he was standing next to had a builder, he said “Of course!” I asked him if he had met the builder. He said no. I said that you don’t need to know the builder to know that there was one, because the building is proof that there was a builder. In the same way, creation was proof of a creator. We went back and forth for a while. He tried to hand the tract back to me before he left but I asked him to keep it, and that if he was a reasonable man, he would at least read it. He grumbled something, then left.

My last conversation was with Angela, around by the subway entrance. She took the million-dollar tract, and admitted to lying, and murder of the heart. When I asked her if it concerned her that she would end up in hell, she said “Yes, it does” I went on to give Angela the beautiful Gospel. She was nodding, taking it all in. When I asked her when she was going to place her faith in Christ, she said she didn’t know. She had to meet someone, so I implored her to read the tract, as well as a Good Person tract, and read the Gospel of John. She said she would. I pray that she reads and repents.

Well, that was my time at the shops. Please pray that Vernon, Faye, Sandra, Dennis, and Angela – as well as all the other people we interacted with – all read and take in the tracts and conversations we had with them. And may the Lord bring them to salvation for His glory!

Next time I’ll try to include some stories from the rest of the team!