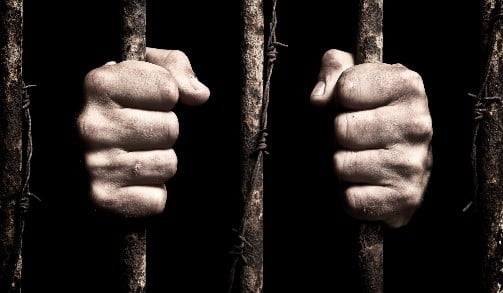 “Why do the wicked renounce God? He has said in his heart, “You will not require an account.” But You have seen, for You observe trouble and grief, to repay it by Your hand. The helpless commits himself to You; You are the helper of the fatherless.” Psalm 10:13-14 (NKJV)

Last Sunday I had the privilege of reading out Psalm 10 during the service. This is a Psalm that pleads with God to punish evil doers, and give His people justice. So much evil goes on in this world, that we can’t keep up with it anymore. Every day it escalates – and just when we think it can’t get any worse, we get proven wrong – again. Morals and values based on the Bible are slowly being eroded away. Society cares less and less about God every day. And just as the Psalmist lamented, people don’t believe that they will be required to give an account for their actions anymore. Just like a hardened criminal, they shamelessly exhibit their disdain for any law that goes against their debased minds, let alone biblical ones.

That’s why the Christians’ job is so important. We should be standing with arms locked together, blocking sinners that are hell-bent on rushing towards a fiery eternity like lemmings jumping off a cliff.

Our task is to show them that the God they hate is the only one that can save them!
Jim Was Judge And Jury

Last time out, I walked past a stooped elderly gentleman, slowly pushing his walker, laden with bags. He was small in stature, and about 5’6.

When he got to where he was going, I wandered over and asked him what was in his bags. He said it was home-made Maori bread – a bit like sourdough (and very yummy I might add!). He was going to sell it alongside the fruit and vege vendors. Probably not legally, but no one was really caring about that.
I held out a tract, and asked him if he had received his million dollars today. He took it, chuckled, and asked “what’s this all about?”

“It’s a million dollars, just for you. On the back is the million dollar question: what happens after we die? What do you think happens?”

“Well, the big man will determine if I get to heaven or not”
I offered my hand and said “I’m Craig, by the way”.
He shook my hand, and said “Jim”.
Nice to meet you, Jim. So, do you think ‘the big man’ will let you into heaven?”
“I doubt it. I’ve done some pretty bad things”
“Do you mind if I ask what you’ve done?”
Jim went on to talk about the past. He grew up on the North Island’s East Coast, where gang culture was rife. He saw himself as a peacemaker. He recounted one episode where he stumbled across two gang members fighting. He pulled one aside out of sight, and beat the daylights out of him, even though he was only half of his size. When he asked what that was for, Jim told him to show some respect in public – to be proud of who you are, and to not give people an excuse to look down on you. He said he taught discipline through violence. Jim was judge, jury, and executioner.
I went to ask Jim if he had stolen, but he talked over me. I let him talk. Sometimes the best way to put people at ease is to let them talk about their favourite subject: themselves. I didn’t mind – I enjoy listening to the old-timers talk about the old days anyway.
Jim could really spin a yarn. He went on to say that he became a ‘Maori Warden’, meaning he would be like a liaison for those who couldn’t get benefits. He would advocate on their behalf and get them what they needed. I’m sure it wasn’t an official position, but probably an honorary one to stop him talking!
So when he had finished, I said ”Well, it sounds like you did some good community work. So, do you think that will get you into heaven?”
“Who knows? Maybe”
“Jim, have you ever lied or stolen?”
“Oh, yes!”
“Have you ever taken God’s name in vain?”
“Yep”
“Have you ever looked at a person with lust?”
“I’m a bit old for that now, but when I was younger, yes”

“So Jim, by your own admission, you’re a lying thief, and a blaspheming adulterer at heart. And when you die, you have to face God on Judgement Day.”

“He would send me to hell, yeah, I know”
“Does that concern you that you would spend eternity in hell?”

“I think that you need to follow your heart. If you believe all that is true, then do whatever it takes to make that happen”
“If by ‘all it takes’ means to try and make up for the bad by doing good, then you’re wasting your time, Jim. God can’t be bribed. You’re already guilty of breaking His commandments. You’re like a person who tells a judge ‘yeah, I know I’ve committed all those heinous crimes, but I’ve changed my ways now, and I think you should let me off’. A good judge will say ‘it’s good that you’ve changed your ways, but I am here to uphold the law. You still need to be accountable for what you have done’. His job is to mete out justice. That’s what God will do, too – regardless of what you’ve done to make up for it. But Jim, God made a way so that you don’t need to go to hell. Do you know what that is?”
“Something about Jesus or something. But I don’t care for any of that”
“You don’t care that you can be saved from an eternity in hell?”
“No, because I don’t believe any of it.”
Jim was starting to get agitated. Knowing that he could probably still pack a decent punch, I decided to end the conversation. I offered him a good person tract as well.
“Well, it was nice talking to you, Jim. This tract mentions the things we have been taking about. All I ask is that you read both of them with an open mind. Would you do that for me?”
He shook my hand and said “Sure I will. You take care”.
Jim did not care if there was a God. He did not believe he would give an account to anyone for his actions. Please remember Jim in your prayers.
I’ll see you all at my place at 10am this Saturday for prayer, before hitting the streets again!
Craig.
Witnessing Tip: You can be a sneaky evangelist! Often, if I don’t feel like having a spiritual conversation with someone, I get sneaky.
I smuggle gospel tracts into places that someone will find them afterwards. I often sit on them on the train seat, and when I leave, people ‘find’ a million dollars they think is real money. It’s fun!
I sometimes do a stealthy, after-dark letterbox drop.
You can ‘drop’ them on the counter of your dairy, at the magazine table at the doctors’ surgery – anywhere!
Do anything you can to get the Good News into the hands of people.
Try it!