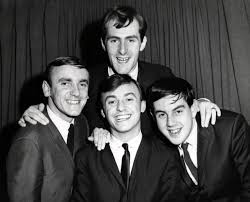 Here’s one of those songs that can give you goosebumps when you hear it.

It’s a common song that’s sung at football matches in the UK, adopted primarily by the Liverpool Football Club, being from the home of the band.

It’s a song of hope. When things are going from bad to worse, there will be something sweet at the end of it.

When you walk through a storm, hold your head up high
And don’t be afraid of the dark.
At the end of a storm there’s a golden sky
And the sweet silver song of a lark.

It Is Well, by Horatio Spafford