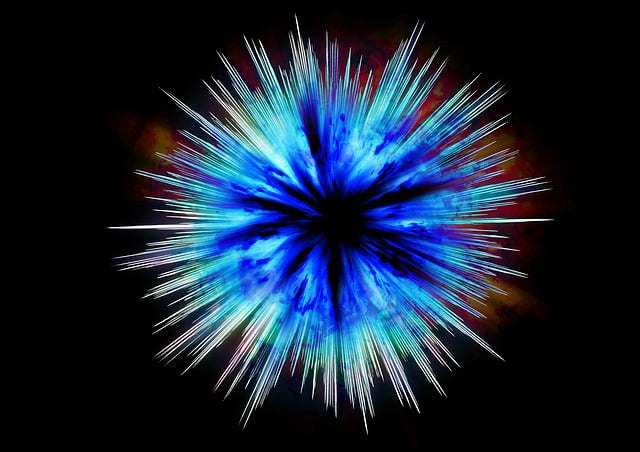 No other phrase can get the heckles up more than the four words…”In the beginning, God…”

People think I am crazy when I say I don’t believe in evolution. They say things like:

“Why believe the Bible? It’s just a fairy tale book!”

“If you believe the bible, you can still believe in evolution!”

or my favourite, “How can you deny the proof?”

1) The Bible is just a fairy tale book

Actually it’s much more than that. Spiritual aspect aside, it’s an accurate human and geological history of the Middle East. Almost all of the rulers and (post-flood) regions and civilisations mentioned in the Bible have been scientifically or historically verified – either directly from the text itself, or from other trusted writings and scholars from that time.
Of course, the spiritual aspect cannot be ‘proven’ as such – this needs divine intervention from the Holy Spirit. Many have tried with earthly wisdom to comprehend the true meaning behind the Bible, however God has chosen to withhold that inspiration from all bar His children:

In that hour Jesus rejoiced in the Spirit and said, “I thank You, Father, Lord of heaven and earth, that You have hidden these things from the wise and prudent and revealed them to babes. Even so, Father, for so it seemed good in Your sight.  All[things have been delivered to Me by My Father, and no one knows who the Son is except the Father, and who the Father is except the Son, and the one to whom the Son wills to reveal Him.”
Then He turned to His disciples and said privately, “Blessed are the eyes which see the things you see; for I tell you that many prophets and kings have desired to see what you see, and have not seen it, and to hear what you hear, and have not heard it.” Luke 10:21-23.

2) If you believe the bible, you can still believe in evolution

Even some Christians have fallen for this charade. They look at the theory, then look at the bible, and try to squeeze them both together. But they don’t fit, because they aren’t compatible.
Author Ken Ham once said “When we read the bible through the lens of evolution, we get a worldly view of creation. When we look at evolution through the lens of the bible, we end up with a biblical view of creation, and can see that they are totally incompatible”.
Actually, they are polar extremes. Nearly every aspect of evolution is in direct contrast from the Genesis account: 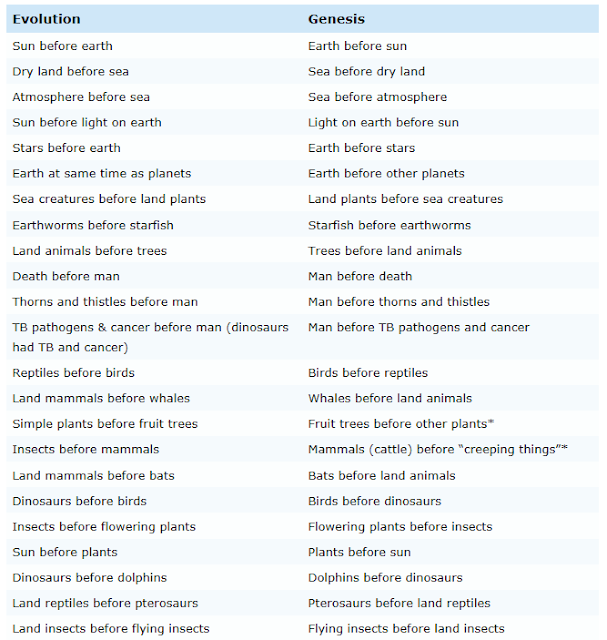 3) How can you deny the proof?

What proof? It seems to me that if evolution was on trial, the case would be thrown out of court due to lack of evidence.
It’s amazing the lengths the world goes to in order to push their agenda out. Planted evidence, conjured lies, huge unsubstantiated claims – all add up to an epic con-job of Hollywood proportions.
We all remember “Lucy”, the ape-like creature that was heralded the ‘missing link’ in evolution. This was later disproved by many scientists (although the mainstream scientific community kept that part quiet), mainly because the jaw-bones weren’t human like after all.
(Source: http://www.uncommondescent.com/intelligent-design/icon-of-evolution-lucy-bites-the-dust/).

Palaentology aside, the thing that struck me about Lucy was the elaborate make-over she was given. Just like her human supermodel counterparts, Lucy’s skin, hair, and complexion were airbrushed to perfection – after all, we could not have a substandard missing link gracing the front page of Times magazine now, could we? I’m sure she looked that beautiful in real life – hanging upside-down on her tail, eating a banana with one hand picking the nits out of her family’s hair with the other!

So why all the extreme cloak and dagger tactics to push the evolution case in our face?
Answer – To create a smoke-screen.
If everything did not happen by random chance, then what is the alternative? That everything we see was intricately created by an intelligent designer. Prior to the 19th Century, the western world had no problem believing that everything was created by cosmic design, and this designer was someone who lived outside our time and universe. This was written into many nations’ constitutions and founding documents. As an example, for the last 80 odd years, at the beginning of every New Zealand international rugby game, we sing our National Anthem, a prayer asking for God’s blessing and protection on our country.

However, in the mid-1800’s, along came people like Lamarck, Leclerc, Wallace, , and more famously Darwin.
Each looked for an answer for man’s existence outside from God, and concocted a laughable fairy tale about how we got here. This has changed, and been added to over the years, as a result of new ‘discoveries’ having been made. Below is a summary of what the world has been sucked into regarding our origins:

Once upon a time there was a big spinning ball of nothing
The ball contained all the non-existent matter of everything
The ball spun so fast that that it heated up and exploded
The ‘nothing’ contents expanded into the empty space
This matter also included our earth
The earth cooled down, atmosphere condensed and oceans were formed
At the bottom of the oceans were rocks and minerals
The rocks and minerals miraculously formed into living matter which moved in the water
The living matter grew bigger, becoming fish and other underwater creatures
The creatures evolved lungs and legs so they could come out of the water onto the land
The land creatures diversified, evolving into all manner of land and air creatures
One of these creatures was an ape, which was the ancestor of man
The ape evolved into the humans we see today.

OK, you can stop laughing now. But that is the worldview of how we got here, and we all brought it – hook, line, and sinker. It was counter to the Bible, and for a good reason.
The Bible says “ For the wrath of God is revealed from heaven against all ungodliness and unrighteousness of men, who suppress the truth in unrighteousness, because what may be known of God is manifest in them, for God has shown it to them.” (Romans 1:18-19).
In other words, God has ingrained in all people a knowledge of His existence, but in their unregenerate hearts they refuse to acknowledge Him.
Paul goes on; “For since the creation of the world His invisible attributes are clearly seen, being understood by the things that are made, even His eternal power and Godhead, so that they are without excuse,  because, although they knew God, they did not glorify Him as God, nor were thankful, but became futile in their thoughts, and their foolish hearts were darkened.
“Professing to be wise, they became fools, and changed the glory of the incorruptible God into an image made like corruptible man—and birds and four-footed animals and creeping things.” (v20-23).

What a perfect prophetic word against evolution! In an attempt to kick God off the throne and elevate themselves, they may have have fooled the world with a concocted load of old rubbish about us evolving from primordial slime – but God has labelled them fools, and will deal with them harshly on Judgement Day.

…repentance from replacing God on the throne is only a prayer away: http://headcountone.blogspot.co.nz/2012/10/a-simple-prayer-of-repentance.html