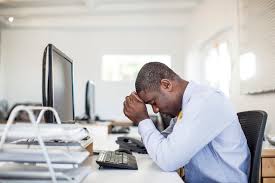 Below is the story of Horace, the foolish employee who thought he knew more than his employers…

Horace works in a law firm. He enjoys his job.

Horace sits at his desk behind a computer, waiting for emails to arrive. The emails are from the solicitors and barristers in his company.
Whenever they want something printed urgently, they email the documents to Horace. His job it is to format them suitably for admission in court, print them off on the big copy machines, and courier them back to the sender the same day.

Things were quiet one day, and Horace had some spare time on his hands. He was sifting through the files on his hard drive when he found an electronic copy of his Employment Contract. He opened it up and started scanning through it.

He found a clause in his contract which read:

“4.1 (b) the employee is entitled to take extra paid time off for personal reasons, provided this leave is valid with the intended nature of this clause.”

Well, this got Horace excited! His contract stated he was allowed extra time off with pay!
There was a very popular video game that was coming out the next day, and people will be camping out in front of the store to be the first ones to get their hands on it. This was Horace’s chance to own a copy. Surely the nature of any time off for this would fit with company protocol. He printed a copy of the clause to verify the time off.

So, before leaving work that day, he sent an email to his boss saying that he will be taking some time off the next day. He didn’t state the reason or how much time, as he didn’t know how long the queue would be. He knew he shouldn’t take the whole day off, as that would be like cheating the company.

That night Horace found a spot in the queue near the store, rolled out his sleeping bag, and waited.
The next morning the store opened, but the line moved very slow, as the staff could not cope with the volume of shoppers wanting the video game.
Eventually he made his way to the counter, purchased his copy of the game, and went off home excited.

But by the time he had a shower, dressed and got out the door, it was 12:30pm. He rushed to the train station, then sprinted to his workplace, sat down at his desk ready to get back into his work. He looked up at the clock and it was 2:20pm.

There were lots of emails in his inbox, demanding to know why certain jobs had not been completed. Surely his boss had sorted them out? So he rang his boss to check the status of the jobs.

His boss yelled at him “Where have you been? People have been trying to get hold of you all day for urgent copying! Get to my office right now!”

Blood pumping, Horace ran up the 3 flights of stairs and into his bosses’ office.
“Sit down!” he yelled. “You better have a good explanation why you weren’t doing your job, or you’re out of here!”

“Well sir, there is a clause in my contract that says I can take time off work, provided I have a good reason. There’s this video game…”

Horace pulled out the clause he printed out and showed his boss.

“You fool!”. His boss reached down and pulled out a copy of Horace’s Employment Contract from a drawer under his desk.
He read “the previous sub clause, 4.1 (a) says ‘the leave must not exceed the period previously agreed to post birth / adoption’. Clause 4 is about Parental Leave! You better be able to show me a birth certificate or some pretty baby pictures!”. Horace was mortified.
“There was a very important court case this morning, and we relied on you to get important documentation into the right hands. This did not happen, and we lost the case, as well as a big client and a substantial amount of future revenue. This is deemed a serious violation of the terms and conditions of your contract. You are therefore dismissed. Go and clear your desk and get out of here!”

Horace walked out dejected. If only he had taken the time to read Clause 4.1 (b) in the context of the whole of his contract, then all this mess would not have happened.

Yet what do we do when we read the bible? We play eeny-meeny-mynee-mo, stab at a verse, and try and apply it to our lives – all without checking the conditions or the context.

This is how to start a cult. This is also a way to anger God. We walk around with our chests puffed up, believing we are walking in God’s truth, when in fact we are just fooling ourselves, and end up looking like idiots.
Because ultimately we can’t fool God.

The biggest danger is that when we face the one who wrote the law, he will say “You have not met their conditions. Get out of my sight!”.