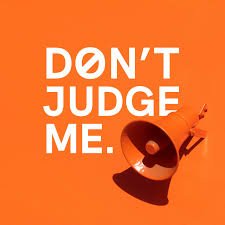 Welcome to the first in the series “Why Is That?”, where I attempt to answer some tricky questions.

You are having a quiet, conversation with a Non-Christian, and the topic turns to spiritual matters. You start praying that God will open their heart to hear what you are saying.
Then they ask you why God would not want to let them into heaven. You take a big gulp, then explain to them about what sin is to God. Then…
Whammo! It’s like you have told them they are a monster, or their mother dresses them funny.

Then out comes the old cliche: “WHO DO YOU THINK YOU ARE JUDGING ME…?!!!”.


– What makes some people angry, so angry – that they feel the need to play the ‘Judgemental’ card when they hear the gospel?
This has happened a few times with me personally. It took a while for me to realise that although they were aiming their tirade towards me, not to take it personally because their issue is actually with God:
“If the world hates you, you know that it hated Me before it hated you.” (John 15:18)

The non-Christian (at least in my experience) generally falls into one of two categories:

You can explain to the first person that God loves them until you are blue in the face, but it won’t make any difference.
It’s like shooting arrows at a tank – nothing will penetrate. They can stick their fingers in their ears and go ‘ la la la la, don’t care!’. Why? Because you can’t convince an Athiest to conform to someone that in their mind doesn’t exist. And the more you plead, the sillier you will look to them.

You can explain to the second person that God loves them until you are blue in the face, and they will probably say ‘I know, isn’t it wonderful?’, but they won’t change.
It’s like stroking a cat – they will purr and cuddle up to you for more, and all you end up with is a sore hand. Why? Because you are actually stroking their ego, telling them how good they are.

So what is the answer? How can you break through to these people?

Well, if the only part of the gospel you are preaching is the grace (God loves you and died for you), therin would be your first problem.

The bible states that the only way sinners can be brought to the cross is through the law:
“Therefore the law was our tutor to bring us to Christ, that we might be justified by faith.” (Gal 3:24).

A doctor just can’t tell their patient ‘Hey, good news! I have a cure for your cancer!’. They will probably say ‘what are you talking about? I don’t have cancer!’ It would seem both foolish, offensive, and unloving.
In the same way I just can’t just tell someone that God died for their sins. They would probably say ‘what are you talking about? I’m not a sinner!’ It too would seem foolish, offensive, and unloving.

We need to bypass the intellect, and go straight for the conscience, as their conscience actually convinces them that they are dying under the law (see Romans 2:12-15).

What if the doctor said ‘Sit down, I have something to tell you. When you came in for your last medical test, we took a blood sample from you. The results from that sample came back, and they aren’t good. Your body is riddled with cancer, and you will die because of it. Now, I have a cure for this cancer right here in this vial. Would you like some?’
Would that seem more loving to you?

What happens next depends entirely on the patient. They will either be sorrowful and submissive to the diagnosis, or their self-righteousness will flare up like a bull.

They could say ‘ This is rubbish! WHAT RIGHT DO YOU YOU HAVE TO JUDGE ME AND TELL ME I’VE GOT CANCER?!’

They could say ‘I’m perfectly fine, you are lying to me, DON’T JUDGE ME FOR HAVING CANCER, it won’t kill me!’

Or they could say ‘Oh no! This cancer will kill me! PLEASE, PLEASE GIVE ME THE CURE!’

In the same way, we need to lovingly convince the sinner that they are dying in their trespasses, and in need of a saviour.

Firstly, we need to tell them what sin is, and what it will do to them if it is not removed (Law).

What happens next depends entirely on the sinner. If they do not believe that God will punish them, or that they don’t even have any sin, then it is no point offering the antidote (Grace).

“Where is the wise? Where is the scribe? Where is the disputer of this age? Has not God made foolish the wisdom of this world? For since, in the wisdom of God, the world through wisdom did not know God, it pleased God through the foolishness of the message preached to save those who believe. For Jews request a sign, and Greeks seek after wisdom; but we preach Christ crucified, to the Jews a stumbling block and to the Greeks foolishness, but to those who are called, both Jews and Greeks, Christ the power of God and the wisdom of God.” (1 Cor 1:20-24).


My job is that of the doctor – to tell the patient the truth. Their response is not my responsibility.

If they reject me and scream at me for judging them, then they will die of their cancer (Law).

If they are repentant, I will then offer the cure (Grace).

I am forever indebted to Way of the Master, and Wretched Radio for teaching me this biblical principal.