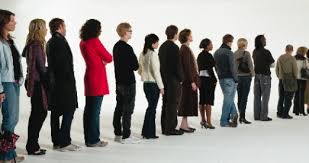 One of the most frustrating things we came across in our Missions trip to India was the time it took to move anywhere.
And if anything involved state or government officials, you could guarantee that would make it all that much worse, and the whole process would grind to a snail’s pace. It was obvious that speed and efficiency was not their forte.

For example; there were six of us in the Mission party. We needed to cross the border from Bangladesh to India, near Brahambaria, on foot. Apart from a couple of men in an old blue truck, we were the only people making a crossing at that time.
There were 2 huts on the side of the dusty road in both countries, with two big barrier arms blocking the road and a no-mans land in between – much like you saw in those old Cold War spy movies (but without the barbed wire and machine guns!).
The Bangladesh side took about an hour to process the group – not bad, given the poor resources at their disposal.
But when we passed through the barrier into India, well, that’s another story…

They would look over every page of our passports and visas, ask questions, then write the answers manually in a book. Then the book would be passed to another, who would copy details from that book into another book. This happened about four times. Then finally the last person would stamp the visa.

Three and a half hours later in the exhausting heat we finally left the border area and collapsed into the waiting vans.

After many ordeals like this one, I penned my frustrations…

all I seem to do over here

waiting while they frisk your clothes

waiting for the wheels to turn

half my time is spent in queues

please stop all your farting around

The Charlatans of Chandpur