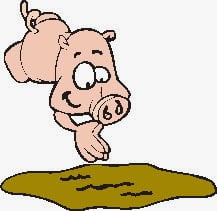 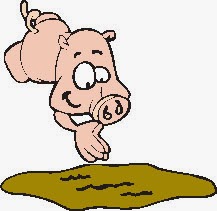 When I arrived home from church last week, my son was in a dilemma…

Let me start by saying that my son is an exceptional young man. Well, of course I would say that, wouldn’t I – he is my son after all! But he really is.

My son is no different in that respect. Just like every other 12 year old boy.
But he is different.
And I’m not meaning he is different because he is special to us – even though he is – oh, you know what I mean!

He is so in tune with his feelings that it scares the daylights out of his parents. What is more astonishing is that he has been like this for years.

Most 12 year old boys are usually so zoned in on the pleasure of playing with their stuff, they can’t see past the consequences of their actions.
My son generally labours over the consequences before he acts.
I say ‘generally’ because most times he gets it right.

…but not last Wednesday.

Actually, that’s a bit unfair, because he did get it right, even though he got it wrong. Confused? Let me explain…

Ever since he was young, we pressed into him the importance of telling the truth – no matter the consequences. We told him it was far better to tell the truth and accept the punishment, than it was to cover up the truth, receive a harsher punishment, and damage our trust in him.

But there was also a more underlying reason for convincing him not to lie: his soul was at stake.
He knows it upsets God when he lies. He knows that lying lips are an abomination to Him (Prov 12:22). He knows that all liars will be thrown into a lake of fire (Rev 21:8).

You might be thinking “that seems a harsh thing to say to a young boy!”. You’re right, but that is only one side of the coin. He also knows that when he repents of his lying (and other sins), God washes it away, as well as the guilt. You see, my son knows God. He has a relationship with His Son.

So what was his dilemma? His conscience had got the better of him.
You see, he has ‘stuff’ as well. And unfortunately he too had finally succumbed to the weight of his constant desire for it.
Then he realised that the love for his stuff had taken over his life, to the point that he was so obsessed by it, that he could not go 10 minutes without playing with it, talking about it, sneaking into the wardrobe to check on it.

And the other night it all came to a head.

He was wise enough to know that he had done wrong. Wise enough to know that God was upset with him, and that the Holy Spirit was convicting him of his wrong desires. But he wasn’t mature enough to know what to do. His constant repenting for his wrong wasn’t changing his desire to stop his actions. So he reasoned that this was how he was destined to live his life – constantly hamstrung by this ‘thorn in his flesh’ – and that us, and God, would have to accept that this was how he was going to be. He told us that next year, when he started college, he would understand and cope better, and change then.

This broke my heart – not only because I could feel his torment – but also because I had failed him. I had only told him half of the gospel. Even though he is secure in the knowledge he will one day see Jesus face to face, he did not realise that when he repented, God removes his sin as far as the east is from the west (Ps 103:12), and remembers it no more.
It is this knowledge that gives the saint assurance, that our slate is clean no matter how many times we fall into the pit of sin. It is also a good reminder for us to keep short accounts with God, lest we ignore the Holy Spirit’s prompting and fall back into our wicked lifestyles.

So his mother and I knelt next to him in his bed.
We told him how much we loved him, and how proud we were of him, to understand and admit that he had done wrong.
We told him how grown up he was, that he knew he needed help.
Then we told him about the goodness of God. How we can stumble and fall into sin, and God can still look at us and see the perfect person he created in us when he saved us. Why? Because when we repent and place our faith in Christ’s sacrifice for our sins, all our sins past, present and future are forgiven.
Then we prayed with him – that God would continue His good work in him, strengthen him, and help him to overcome his sin.

And when we finished, his smile had returned to his face, and we had our boy back…

So why the initial reference to God’s perfect timing?

Well, just that morning, I watched the clip below from Wretched Radio. And what is the clip about?

It is about how clean the Christian is, even though we sometimes wallow in the filth of our sin.

Can you see how great our God is, providentially equipping and preparing us for all good works?

The Woman at the Well – A Picture of Law and Gospel