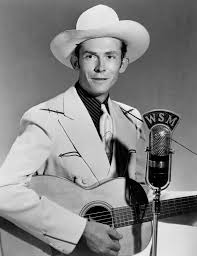 I’m not really a Country music fan, but this song has a special place in my heart.

Hank Williams recorded this song way back in 1948, and it went on to become the top ranked ‘Greatest Songs of Faith’ in Country Music Television.

The words read like a Gospel story – man buried under the weight of sin, and rescued and brought into eternal life by a gracious Saviour.

In his later years, my Dad developed a real love for Country music. It was a bit of a shock for us all, because he really only listened to Christian music. But he regularly attended the local Country and Western Club, and would occasionally get up and loosen the vocal chords to whatever song the band were covering.

When the family learnt of this, we planned a nice surprise for him.

On his 80th Birthday, six of us children all donned cowboy hats. With one of my brothers on the guitar, and myself on the harmonica, we all belted out a personalised rendition of this song that spoke about our big, blended family.
He listened with tears in his eyes, and gave us a standing-O at the end!


I wandered so aimless, life filled with sin
I wouldn’t let my dear saviour in
Then Jesus came like a stranger in the night
Praise the Lord I saw the light.


Just like a blind man I wandered along
Worries and fears I claimed for my own
Then like the blind man that God gave back his sight
Praise the Lord I saw the light.


I was a fool to wander and a-stray
Straight is the gate and narrow the way
Now I have traded the wrong for the right
Praise the Lord I saw the light.

It’s Up To You, by Barnabas

I Am…I Said, by Neil Diamond