Well, it’s now November. All the shops are playing Christmas music, which usually means one thing: we can soon put a big ‘X’ against 2020. Some may be pleased to see the back of it, with seemingly so much doom and uncertainty.

We know, however, that God is still on His throne, we are still in the palm of his hand, and His promises are still sure!

In 2 Samuel 12, we read where King David was confronted by Nathan; for his sin of adultery with Bathsheeba, and murder of her husband, after David discovered she was pregnant with his child.

It is a great lesson for us in terms of understanding what real repentance looks like, and God’s great mercy towards us.

The Prophet Samuel did say, regarding David:

However, this didn’t mean he would automatically be perfect, like God. Far from it!

“I have sinned against the Lord.”

Our human brain is naturally hard-wired to deflect blame.

And our rebellion started the first time we said “I don’t know!” when our parents asked us how the kitten ended up in the toilet bowl. We don’t like to admit fault, and we employ any means necessary to escape punishment for it.

The most common of these means would be lying. If we can possibly bend the truth enough, we can either deflect blame altogether, or at least soften the blow a little so that the punishment may be less. 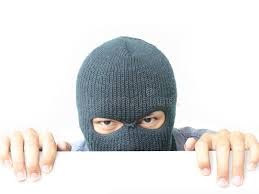 King Saul was a master at this, (or so he thought). In 1 Samuel 15, we read how Saul was commanded by God through Samuel to completely destroy the Amalekites, as well as all their animals, sparing nothing. Saul killed the people, but he spared King Agog, as well as the best of the animals. When confronted by Samuel, he blamed his soldiers, and said that the best of the animals were spared for sacrifice to God. This was his second blatant act of disobedience – the first being a blasphemous sacrifice in the temple.

Samuel delivered him the bad news that the Lord had rejected him as King. It was only after this that Saul felt remorse for his guilt, but it was too late to escape retribution.

Like David, it is better to admit that you have sinned straight up, before the sin finds you out (Numbers 32:23). Unfortunately, Saul learnt this lesson the hard way.

“I have sinned against the Lord”

The real victim of our sin is not us. It isn’t even the other person. It’s God Himself. 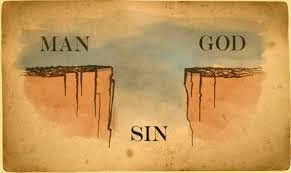 When we feel remorse for wronging someone in some way or other, we feel obliged to go straight to the person for forgiveness. This is something our parents drummed into us when we were kids: “You apologise to your sister right now for smacking her around the head with that light sabre!” Don’t get me wrong, the need for reconciliation is a great virtue to cherish and nurture. But absolution from God is not obtained through asking forgiveness from others. And if we neglect to admit our sins to God, the stain of guilt remains on us. This is why it is important to keep short accounts with Him.

Many a celebrity Christian has gone on record to admit guilt of adultery. They ask forgiveness from their spouse, their families, the person to whom the act was committed, even to the church. But sadly, they leave God out. Refusal to admit sinning against God probably means that they are not contrite at all – they are just sad they were caught out.

A person who shows no remorse towards sin may have seared their conscience beyond recognition. This can only be exposed by the blinding torch of God’s law.

Another reason why no remorse is shown is that they may not even be a Christian at all. If that is the case, then God will add their sin to the bowl of wrath that He will pour out on them on Judgement Day.

We should learn our lesson from David, who admitted that his sin was foremost against God Himself.

“The Lord has also put away your sin”

For those that admit they have sinned, and sinned against God, then Godly remorse will eventually follow. If this is genuine, then repentance should rightly take place. Repentance is a turning your back on your sin, and towards God.

Because he saw how contrite and repentant David was, Nathan (sent on God’s behalf) was able to give David the good news that God had put away his sin. The earthly consequences of the sin lingered, but the sin itself had been removed. In David’s case the consequence was that the child of his adulteress relationship with Bathsheeba would soon die of illness.

This voidance is also true for all Christians:

He promises to cast them into the depths of the sea (Micah 7:19).

He promises to blot them out and remember them no more (Isaiah 43:25).

This is three different ways to say the same thing – your sin is gone – forever! This great voidance is necessary, as it is the only means God can declare the sinner righteous.

What a great comfort for David, and for us, to know that God is not like us, holding onto grudges!

“You shall not die”

What did Nathan mean that David “shall not die”? We actually have recorded Biblical evidence, in at least 3 different books that confirm his physical death (1 Kings 2:10, 1 Chronicles 29:28, Acts 2:29). So, was this a sick joke that Nathan was playing on David?
Nathan was actually referring to death under the Mosaic Covenant (see Lev 20:10). Those caught in the act of adultery were to be put to death on the spot, predominantly via stoning. If you remember the story in the Gospels where the Pharisees dragged a woman caught in adultery before Jesus, testing him as to whether the woman should die. He said yes, but let he who has not sinned cast the first stone. The Pharisees peeled off one by one, and Jesus asked her “Has no one condemned you?” She said “No one, Lord”, to which Jesus replied “Neither do I. Go, and sin no more” (John 8:3-11).

God was effectively telling David the same thing – he was guilty, and deserved death – but because of his contrite heart, and God’s great mercy, He did not condemn him, and he was spared death.

The same is for us today. We will inevitably succumb to the consequences of our sin, but we will also reap the glorious reward of the free gift of Eternal Life through Jesus Christ our Lord (Romans 6:23)!

So, when we sin, let us never forget that:

we are the real villain;

that God is the real victim;

yet He promises real voidance of our sin through repentance;

and that we can experience real victory by way of Eternal Life through Him!

As you know, this Saturday is the big Naenae Christmas Hui at Hilary Court, and Calvary Chapel has again been invited to take part! As with last year, we will set up our BBQ’s to cook free sausages to give away, and also small Christmas packs. These will include a small treat, information about Calvary Chapel, and a Gospel tract explaining the true meaning of Christmas. The Hui is very popular with the community, and offers us a great opportunity to get the Gospel out!

We would love for you to join us, even if you’ve never come down before. You can help out with the BBQ, or distribute the gift packs. If you’re willing to give it a try, you can use the gift packs to start a Gospel conversation with somebody! 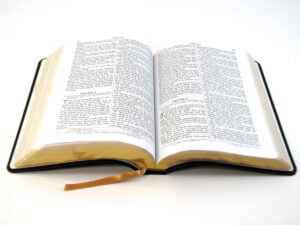 Rather than use your intellect to drive home a point, use God’s Word.

It never stutters, never makes mistakes, and is always on point!

So why wouldn’t you?