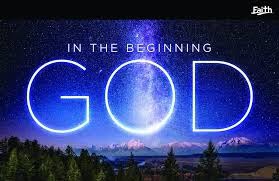 “In the beginning, God created the heavens and the earth” (Gen 1:1).

Well, the year is motoring on by. It seems like only a couple of months in, but over a quarter of it has gone already. I don’t know if it’s an age thing (nothing I’d know about, of course), but every year seems to go just that little bit faster than the previous one. It makes evangelism more important – we need to be attuned and ready to take advantage of the unexpected opportunities that pop up!

“In the beginning, God…”. There are no four words that cause more hatred and division in the world than the first four words of the first book of the Bible. Man has gone to great lengths in order to rid the world of any notion of a Creator.

We could spend weeks deep diving into the philosophical and theological answers to the hard questions of where, why, and how life and the universe started.

However, in the first verse of the Bible, we can extract three simple truths to hang our faith on.

God alone is the Genesis of Creation 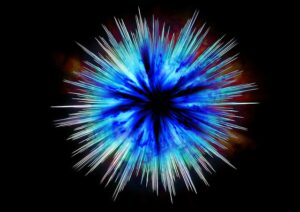 Often an unbeliever will argue that creation created itself, via a big bang that happened billions of years ago. The date is constantly changing due to “new information” that conveniently pops up, in order to placate the sceptics.

But there is a big problem with this theory. Explosions need chemicals, elements, a trigger, and the right atmospheric conditions. Where did these come from? The argument itself blows up into a big black hole of infinite regression – where something happened because of a cause; this cause would have had to have happened because of matter that needed to pre-exist; but to pre-exist, it also needed a cause… If you think about it too hard, it can do your head in!

In order for something to have a beginning, it needed to be created by someone who existed outside of time. In fact, time itself would have had to have needed a creator. The last book of the Bible states a truth 5 times, one of which is:

The only logical conclusion you can arrive at is the Godhead. God is the only one who declares to exist outside of time. Other false gods have no claim to the creation of time.

So God is the Genesis of Creation.

God alone is the Grounds for Creation

At some point in their life, everyone asks the self-examining question: “Why am I here?”

If God was perfectly content self-existing, why did He feel the need to create anything outside of Himself? It’s not like He needed to be loved or admired to make Himself feel better, as He was already perfect.

We read in Psalm 19: “The heavens declare the glory of God; and the firmament shows His handiwork.” (Ps 19:1)

If God had not created, there would be no outside visible means of seeing how glorious He is. And if He revealed Himself fully to us, we would all perish in His perfection. So, He created the heavens and the earth so that we would stand in awe of how marvellous His handiwork is. We would also have no excuse that He exists:

“For the wrath of God is revealed from heaven against all ungodliness and unrighteousness of men, who suppress the truth in unrighteousness, because what may be known of God is manifest in them, for God has shown it to them. For since the creation of the world His invisible attributes are clearly seen, being understood by the things that are made, even His eternal power and Godhead, so that they are without excuse, because, although they knew God, they did not glorify Him as God, nor were thankful, but became futile in their thoughts, and their foolish hearts were darkened…” (Rom 1:18-21).

So, we exist that we might glorify God, through all He has created. To not do so would be to deny His existence, withhold our gratitude towards Him, and therefore incur His wrath.

So God is the Grounds for Creation.

God alone is the Genius of Creation

“…the heavens and the earth.”

As a kid, I used to spend many nights staring in wonder at the night sky, trying to count the stars. Of course, this was a futile task, so I gave up pretty quickly! All it did was leave me in awe of Him. 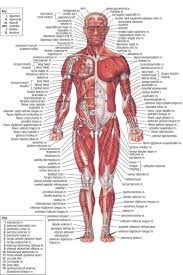 Even the very make-up of another of God’s wonderful creation, the human body, is enough to confound us. Every function of every organ, muscle, bone or tissue exists in order to support the function of the whole body. For this to happen, the whole body needed to exist in its’ complete form from Day 1. How this occurred is revealed in the Bible:

“And the Lord God formed man of the dust of the ground, and breathed into his nostrils the breath of life; and man became a living being.” (Gen 2:7).

“And the Lord God caused a deep sleep to fall on Adam, and he slept; and He took one of his ribs, and closed up the flesh in its place. Then the rib which the Lord God had taken from man He made into a woman, and He brought her to the man.” (Gen 2:21-22)

So we needn’t be fooled by any notion of evolution; to do so would be a slippery slope into foolishness. Which part evolved first – the heart to pump blood, or the veins and arteries to transport life-giving blood to the nether regions of the body? Both needed to be present, and fully functioning from the start, otherwise the body would die.

In subsequent generations following Adam & Eve, God shows the genius of human creation by way of the womb, where He masterfully knits us together:

“For You formed my inward parts;

You covered me in my mother’s womb.

I will praise You, for I am fearfully and wonderfully made;

Marvellous are Your works,

And that my soul knows very well.

My frame was not hidden from You,

When I was made in secret,

And skilfully wrought in the lowest parts of the earth.

Your eyes saw my substance, being yet unformed.

And in Your book they all were written,

The days fashioned for me,

So, God is the Genius of Creation.

Let’s use these wonderful truths to help show the world how wonderful our God is, and what He requires of us!

I’ll see you at my place this Saturday at 10am for prayer before heading out! 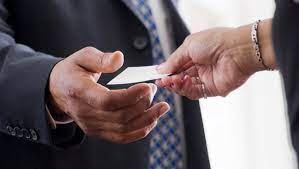 You never know when you will need to use a Gospel tract.

A good Gospel tract can summarise the Gospel in a quick and concise way.

Get into the habit of carrying around a small supply in your pocket / purse / wallet.

That way you will never be caught short!