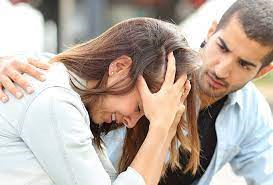 “From that time many of His disciples went back and walked with Him no more. Then Jesus said to the twelve, “Do you also want to go away?” But Simon Peter answered Him, “Lord, to whom shall we go? You have the words of eternal life. Also we have come to believe and know that You are the Christ, the Son of the living God.” ” (John 6:66-68).

This month marks 3 years since I started writing these newsletters. I can’t believe how fast the time has gone!

God is so faithful, and I am so privileged that He has sustained me to be able to do this for such a long period. It has been a great journey, and I look forward to what he has in store for the Gone Fishin’ Ministry going forward!

If you wish, you can peruse all the Gone Fishin’ Newsletters here.

Some people will tell you that being a Christian is easy – that Jesus will fix all your problems, and show you all the cool miracles He can do in your life. Unfortunately, this sets the person up for failure.

We see in our verses today that staying the course as a Christian is hard work; and even more so when you come to Christ for all the wrong reasons. Let’s take a look at the attitude of the multitude that followed Jesus around, and compare it to that of the disciples.

At the beginning of John 6, we are told that a great multitude followed Jesus because they saw Him healing the sick (v1-2). Later, He feeds the 5,000 (v4-14). The next day, the multitude went looking for him, and found Him on the other side of the sea (v22-24). They ask Him when He arrived there, but Jesus admonishes them by saying they only came after Him because they just wanted more food, and told them not to labour after food that does not endure (v 26-27). They ask what work they needed to do to do the works of God, to which He replied to believe in Him (v28-29).

They wanted a miracle to confirm they should believe in Him, like God did with Manna for the Jews. But Jesus again answers that He is the Manna from heaven, and the bread of life – that will satisfy their hunger and thirst (v30-35).

Fast forward to v60, when many of His followers said that what Jesus was saying didn’t make sense to them. Jesus admonishes them, telling them that no one can come to Him unless the Father grants them to do so. Then we see the sad words in v66,

“From that time many of His disciples went back, and walked with Him no more.”

So Jesus turns to the twelve, and asks if they want to go away too, to which Peter replied

“To whom shall we go? You have the words of eternal life. Also, we have come to believe and know that you are the Christ, the Son of the living God” (v67-68).

Picture the Jews going about their daily lives. Then rumours start circulating that someone is going from town to town, village to village, doing some cool stuff. He heals people that have had ailments since birth – like blindness, leprosy, and paraplegia. He can even raise people from the dead!

They rush to see what the fuss is all about. And sure enough, there He is, living up to all the hype. He would perform a miracle, then say something that didn’t really make sense. But it didn’t matter, because if they followed Him enough, He would eventually perform another miracle to astound them even more.

At the end of John’s Gospel, we are told his reason behind writing it:
“And truly Jesus did many other signs in the presence of His disciples, which are not written in this book; but these are written that you may believe that Jesus is the Christ, the Son of God, and that believing you may have life in His name.” (John 20:30-31).

The whole purpose of John recording the life of Jesus (including signs and wonders) was that we may believe, and have life in Him. This is the reason Jesus gave as well:

So, we are expected to see, and to read these things of God, and believe in Christ.

The whole purpose of existence on earth is that we believe in Christ. 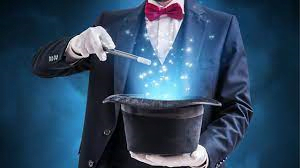 The Jews wanted the razzle-dazzle. They treated Jesus like a celestial parlour magician, to entertain their selfish greed. They wanted to “ooh!” and “aah!” at the miracles, to clap and jump with glee like they were at a Las Vegas extravaganza.

So, when He admonished them for following Him for the wrong reasons, they walked away, disillusioned.

But His true disciples knew who Jesus was. They knew He was the Messiah, sent from God. And although they didn’t know that He would one day suffer and die a cruel death on a cross, they recognised that He was sent from God, and worthy of worship. To them, the miracles he performed weren’t a side-show act. They were acts that reinforced Him to be the Messiah, the Saviour of mankind.

We are so easily distracted these days. There are so many things that pull man away from the real meaning of why he exists. God created the heavens, the earth, and life on earth. Everything that exists was from His hand. And man says “Cool!”, but never takes time out to give Him thanks for it. He just wants to admire it, play with it, and move on to the next cool thing.

We can follow Christ for all the wrong reasons; mainly so that we can be the recipients of all the blessings, miracles, and a comfortable life. If this is you, then you are not one of the ones the Father has called:

“Jesus therefore answered and said to them, “Do not murmur among yourselves. No one can come to Me unless the Father who sent Me draws him; and I will raise him up at the last day.”” (John 6:43-44).

If you come to Christ on His terms, then you will be called by God, and Christ will raise you up on the last day.

If you want Christ on your terms, you will be rejected by God, and Christ will leave you dead on the last day.

Don’t come to Him because He can do cool things for you.

Don’t be disillusioned, and walk away from Jesus because He didn’t meet your needs.

Instead, see Jesus for who He is, the Saviour of the world.

Instead, see that all He can do, is testament to who He is.

Instead, listen to Him, for He has the words of eternal life. 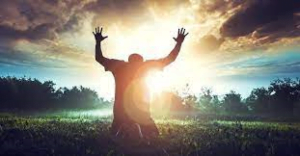 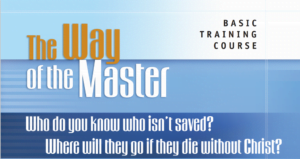 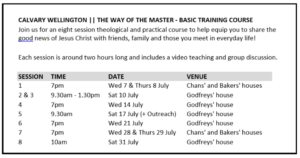 See you at my place at 10am on Saturday for prayer, before heading down to the Naenae shops to share the Gospel!

If you see someone struggling after a witnessing encounter, go and pray for them!

Witnessing can be spiritually and emotionally draining,

and a tough encounter can leave you exhausted.

Remember, we are in this together!

Why is That?…Why do we have to make Christianity so hard?