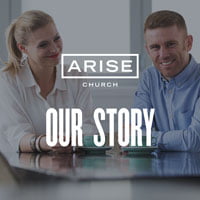 A few years ago, I posted a review on my visit to Arise Church, named “The Day The Town Came To See The Circus”.

Portions of it were tongue-in-cheek, namely having church in the Michael Fowler Centre, and the age demographic of the congregants. This we can live with, as there is no Biblical mandate regarding age and venue of His church.

However, most of it was deadly serious. By serious, I mean being contrary, and deliberately disobedient to the Word of God in how His church should function. I will drill down into this later.

So, why am I re-visiting this?

Well, just recently our work team had an out-of-work social function on a Friday night. At the venue I was seated to a team colleague to whom I didn’t really know a lot about. During the course of our conversation it came out that we both attended church. I told her which fellowship I went to, and she advised that she attended Arise Church. I must have had a surprised look on my face, because she asked me what was wrong.

I sat there thinking ‘Do I say something or not?’. I was caught between either telling her the truth and ruining our working relationship, or letting it pass, and have her stutter in her walk, and maybe abandon her faith.

But I could also be ‘pulling her from the fire’, per Jude v23. If I could show the danger she was in, there was a chance she would see that place for what it was, and leave it behind.

So, with a gulp, I told her that I didn’t think she was being led or fed properly. I told her that – by biblical standards, not mine – her Pastor, John Cameron, was a false teacher. Just because he was an awesome communicator and orator, it didn’t mean that what he was saying was true.

My work colleague was shocked. I told her that I visited the church, and was not happy with what I saw and heard. Because it was the end of the social function, I gave her the link to my story on my visit to the church. She promised to read it over the weekend, and give me her thoughts the following Monday.

During my break on Monday, I went and sat beside her, and asked if she was still talking to me. She laughed and said yes, but said she was very angry with me. She told me I put down everything about her church – from the venue, the people, and the Pastor. I said I could forgive the venue and the age of the congregants. I could even forgive the music taste (although I did think it was biblically bankrupt). What I could not forgive, however, was the church leadership makeup (women Pastors), nor the horrible ‘sermon’ from Cameron.

I asked her if she agreed with my analysis of the sermon. She asked what was wrong with having a sermon that pulled in different verses to make a point – that happens all the time. I responded that it was fine, providing that the context of the extra verses used also fit the context of the original one – otherwise all the person was doing was proof-texting. Proof-texting is a ditch you can fall into when you teach a lot of topical sermons. I think maybe she was so angry at the negative tone of the article, that she probably didn’t take the time to check what he was saying in context, and therefore confirm my findings. I got a ‘talk to the hand’ fob-off, and that was that.

Afterwards, I did some heart-searching. Did I go too far? Was I being deliberately condescending towards Cameron and Arise Church, just to make a point? Have I damaged a relationship because I was being a smart-alek, or hot-headed?

After writing my account, I did seek John Cameron out on Twitter, and pass on a link to my article. He responded by asking why I was being horrible about him. I told him I was only comparing what he was saying with scripture. I also asked him why he was lying to his congregation, and mishandling God’s Word. I got shown the Pharisee card, and was blocked. I wasn’t surprised – this is normal behaviour of unaccountable oligarchs – they report to no one, and listen to no one except those who agree with them, or say nice things about them. Anyone else can take a hike. They are, more often than not, unteachable.

During COVID-19 lockdown, Arise was unable to conduct their normal services due to the size of their church. So, they went online. Two couples that attended Arise took the opportunity to look elsewhere for somewhere to attend, and both turned up at our fellowship, without knowledge the other was also coming. They commented that they enjoyed the teaching, in that it stayed true to the original meaning, unlike at Arise, which was all over the place. Both couples have now made Calvary Wellington their home.

I asked one of them to read the article of my visit, as well as some audio critiques of Cameron’s sermons from Fighting For The Faith. I thought he might be able to pass these on to friends still attending Arise, for the purpose of opening their eyes to the lies they were being fed. After recounting the story of my work colleague, he said it would be good to do a follow-up post. There may be others in that church that could be saved by reading this on the internet.

It is possible that over time, people can change. Maybe the John Cameron of today is different to the one I reviewed back then. Maybe he has learnt some truths of the Bible. Maybe he has repented. Maybe now he is theologically sound, and is feeding, watering, and guarding his flock as a Pastor should be.

So the best way to test this out, is to check him out again. But this time I won’t pay a physical visit to Arise Church – if nothing has changed, I might not be responsible for my actions. This time I will go online via the church website, have a look around, and then watch his latest sermon. This time I won’t be distracted by the building, the congregation, or the worship band. This time I will focus on the message – Cameron’s message. I will judge with a righteous judgement (John 7:24). I will compare what he is saying in the name of God to the Word of God.

That is the only way I will know if I was on the money the first time, or if I need to humble myself, and ask him for forgiveness.

The Spurious Gospel of ‘ME’

The Day The Town Came To See The Circus