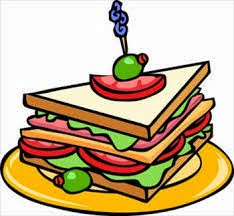 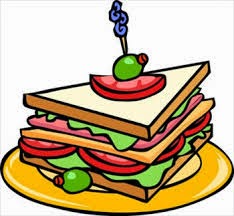 I’ve been studying the first epistle of John lately, and the poet in me has noticed a little pattern which I’ve never really noticed before…

I’m a real fan of acrostics and word patterns. That’s why I love alliterated sermons.
I’ve always been a little bit envious of preachers who, for example, can preach a 8-point sermon on the Prodigal Son, and they all start with the letter D, or the first letter of each point spells out the word ‘Prodigal’, or suchlike.
They always seem to keep my attention and focus longer, waiting for the next letter, or point. Call me old fashioned, but they are a great way for me to remember phrases of scripture or sermon points. It’s probably as a result of the old rote learning system from my maths class when I was a kid – ‘1×1=1, 1×2=2…”. It’s just the way my weird brain is wired.
Some people can listen to a sermon, take no notes, and repeat back word for word what was said. Not me. I am more structured and point-driven.

It is with this weird brain wiring that I seem to observe things often missed by others. Some are meaningless and trivial, others world-changing, but I see them regardless.
Now that you know this about me, I want to tell you about Gospel Sandwich Poetry.

‘Wha??’ I hear you say? Yes, you read correctly, Gospel Sandwich Poetry.
Now it may turn out that you will definitely file this in the ‘meaningless and trivial’ (or ‘needs psychiatric treatment’) section, but I beg to differ. Let me explain.

There are numerous resources available that can dissect the Hebrew or Greek language of Biblical poetry far better than I can, so I’ll leave the technical side of things to them.

What I can say is this – we all know of the poetry in the old favourite books – Psalms, Proverbs, Song of Solomon, and Ecclesiastes – you could probably think of a few more, and they are most likely in the Old Testament.
Most are forms of parallelism. That is, a negative followed by a positive, or vice versa.
For example:
Proverbs 12:1 “Whoever loves instruction loves knowledge, but he who hates correction is stupid”. This is an observation of a good-thinking person against a stupid person. Good first, then bad.
Proverbs 13:18 “Poverty and shame will come to him who disdains correction, but he who regards a rebuke will be honoured”. Disregard correction at your peril, or regard it to receive honour. Bad first, then good.

I’m sure you and I could cite hundreds of other examples to illustrate this. And parallelism isn’t the only poetic form in the Bible.

And I always thought this was Old Testament stuff. Sayings that kings or rulers come up with while being pampered by their royal staff. Little did I know how wrong I was!

Going back to our header text in 1 John 1, we read:
“If we say that we have no sin, we deceive ourselves, and the truth is not in us.”
Fair enough. That’s pretty black and white, isn’t it? If we believe we are not sinful, we are deceived. Or crazy. Or liars. Or a combination of all three. The premise? Everyone has sin.
That’s the part that everyone needs convincing of, because everyone thinks they are generally good. If I was given a dollar by every person I heard saying they are a good person…well, I probably would have given it back to them…but in God’s eyes, partially bad means all bad:
“…a little leaven leavens the whole lump” (Gal 5:6). It is all-encompassing. Terminal cancer means terminal, regardless of how big or small. If the truth is not in us, then we are liars.

“If we confess our sins, He is faithful and just to forgive us our sins and to cleanse us from all unrighteousness.”.
Aah, that’s the part we all like, isn’t it? We love to quote that one! That gives us the warm fuzzies. Probably one of the most-quoted scriptures apart from John 3:16 or Romans 3:23. We love to use it in our witnessing encounters to emphasise how loving God is. However, without knowing that we are sinful to begin with, this verse is rendered pretty much useless. This is the mistake countless Christians make when witnessing. Mainly because they don’t want to offend the sinner. But the gospel was designed to either offend, confuse, or save (see 1 Cor 1:23).

“If we say that we have not sinned, we make Him a liar, and His word is not in us.”
Uh-oh, back to the start again. So not only are we deceived and liars, we make God out to be one as well. By pretending we are not sinful means God has no place in us. He has no reason to change us, to remove the sin, because in our own eyes it doesn’t exist. God cannot save us until we realise that our sin disgusts and angers Him, and drives us to repentance. And we don’t want to be calling God a liar. This makes Him very angry towards us.

So there we have it – Gospel Sandwich Poetry.
But why do I call it a ‘sandwich’? Because it’s a beautifully constructed gospel story in three verses / layers, but all required together.

Without the bread, the filling falls away.

Without the filling the sandwich is empty.
It needs to be consumed all together at once.

We also need to know that not admitting our sin is to call God a liar, and all this will do is anger Him, and increase His wrath against us.
This is the bottom slice of bread.

We also learn that if we confess our sin, God will wash us anew through the work of His Son on the cross.
This is the beautiful morsel of the filling.

There! And you thought I was crazy!

John doesn’t stop there, though. He gives us more Gospel Sandwiches in his epistle:
“Now by this we know that we know Him, if we keep His commandments.
He who says, “I know Him,” and does not keep His commandments, is a liar, and the truth is not in him.
But whoever keeps His word, truly the love of God is perfected in him. By this we know that we are in Him.
He who says he abides in Him ought himself also to walk just as He walked.” (1 John 2:3-6).
“He who says he is in the light, and hates his brother, is in darkness until now.
He who loves his brother abides in the light, and there is no cause for stumbling in him.
But he who hates his brother is in darkness and walks in darkness, and does not know where he is going, because the darkness has blinded his eyes.” (1 John 2:9-11).

“Whoever commits sin also commits lawlessness, and sin is lawlessness.
And you know that He was manifested to take away our sins, and in Him there is no sin. Whoever abides in Him does not sin.
Whoever sins has neither seen Him nor known Him. (1 John 3:4-6).

“Do not marvel, my brethren, if the world hates you.
We know that we have passed from death to life, because we love the brethren.
He who does not love his brother abides in death. Whoever hates his brother is a murderer, and you know that no murderer has eternal life abiding in him.” (1 John 3:13-15).

There are lots of other examples in all three epistles of John.
Are there other forms of poetry as well? Yes there is. Was John aware of this? Maybe, maybe not, no one knows. He was good at painting word pictures, though, as per the book of Revelation, so there is every possibility.
…and I am sure glad he created the Gospel Sandwich Poem…at least in this sad, twisted mind!
Blessings.

Why Is That?…Why Is It Now Right To Be Wrong?