The past Sunday I had the privilege of teaching our flock at Calvary Chapel Wellington. 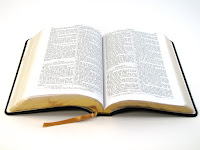 Audio is here. Sermon notes below.

Psalm 14:7 (NKJV)
Oh, that the salvation of Israel would come out of Zion!
When the LORDbrings back the captivity of His people,
Let Jacob rejoice and Israel be glad.

They offer deliverance from captivity, and forget about why they were captive in the first place.
They are the ones that would just tell their children:
“One day Prince Charming went into the dungeon, killed the dragon, rescued the Princess, and they all lived happily ever after”.
Rescued her from what? How did she get into the dungeon in the first place? These are the important things that we need to hear!
These so-called  ‘loved’ people, they’re just lost. And the last thing they need is to hear is Christians telling them they love them, and God accepts them, and has a wonderful plan for their life. They too are told they are Born Again, when they have by-passed the narrow gate altogether. They need to hear the bad news before they hear the good news.
Which brings us to our last Dr, Dr Reason.
[Powerpoint]
It’s pretty obvious that Dr Reason is a good doctor. Did he care for his patients? Well, yes, he did. And his concern was genuine. He took the time to examine the patient, diagnose the problem, and offer the cure.
So who does this represent?
Someone who knows how to do Evangelism properly. Biblically. Someone who knows how to preach the whole counsel of God. Because the last thing anybody needs is someone who isn’t prepared to preach the whole counsel of God.
We’ve been through the whole book of Acts recently in our Sunday morning services. And what do we read when Paul was given the opportunity to preach?
Acts 20:17-27 (NKJV)
From Miletus he sent to Ephesus and called for the elders of the church.
And when they had come to him, he said to them: “You know, from the first day that I came to Asia, in what manner I always lived among you,
serving the Lord with all humility, with many tears and trials which happened to me by the plotting of the Jews;
how I kept back nothing that was helpful, but proclaimed it to you, and taught you publicly and from house to house,
testifying to Jews, and also to Greeks, repentance toward God and faith toward our Lord Jesus Christ.
And see, now I go bound in the spirit to Jerusalem, not knowing the things that will happen to me there,
except that the Holy Spirit testifies in every city, saying that chains and tribulations await me.
But none of these things move me; nor do I count my life dear to myself, so that I may finish my race with joy, and the ministry which I received from the Lord Jesus, to testify to the gospel of the grace of God.
And indeed, now I know that you all, among whom I have gone preaching the kingdom of God, will see my face no more.
Therefore I testify to you this day that I am innocent of the blood of all men.
For I have not shunned to declare to you the whole counsel of God.
This is someone who is not scared to put in the hard yards with the Gospel. He gives them the bad news plus the good news.
And when you explain to someone in simple terms the sins they have committed against God, the punishment that awaits them, and they fall under conviction – then you can offer them the cure – the beautiful saving Gospel.

Psalm 14:1-7 (NKJV)
The fool has said in his heart, “There is no God.”
They are corrupt,
They have done abominable works,
There is none who does good.
The LORD looks down from heaven upon the children of men,
To see if there are any who understand, who seek God.
They have all turned aside,
They have together become corrupt;
There is none who does good,
No, not one.
Have all the workers of iniquity no knowledge,
Who eat up my people as they eat bread,
And do not call on the LORD?
There they are in great fear,
For God is with the generation of the righteous.
You shame the counsel of the poor,
But the LORD is his refuge.
Oh, that the salvation of Israel would come out of Zion!
When the LORD brings back the captivity of His people,
Let Jacob rejoice and Israel be glad.

Take every opportunity you can, and don’t let it get to you. There’s a whole world out there, full of dead zombies, heading towards the cliff of death. And you and I have been tasked with the job to snap them out of it.
Pray…

Of Mongrels And Prodigals