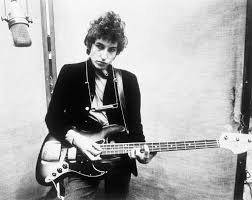 I love this song for the words.

They talk of standing up for what you believe in, regardless of however people treat you.

When you become a Christian, your attitudes and heart change direction 180 degrees, like going from swimming downstream to upstream.

You feel like the whole world has now turned you into public enemy No.1.
You suddenly find out who your real friends are.

But that’s OK, because Jesus already warned us that would happen:

John 15:18-25 (NKJV)
18  “If the world hates you, you know that it hated Me before it hated you.
19  If you were of the world, the world would love its own. Yet because you are not of the world, but I chose you out of the world, therefore the world hates you.
20  Remember the word that I said to you, ‘A servant is not greater than his master.’ If they persecuted Me, they will also persecute you. If they kept My word, they will keep yours also.
21  But all these things they will do to you for My name’s sake, because they do not know Him who sent Me.
22  If I had not come and spoken to them, they would have no sin, but now they have no excuse for their sin.
23  He who hates Me hates My Father also.
24  If I had not done among them the works which no one else did, they would have no sin; but now they have seen and also hated both Me and My Father.
25  But this happened that the word might be fulfilled which is written in their law, ‘They hated Me without a cause.’


I do not have to fear because I believe in the One who casts out all fear.


For the Dylan purists, here’s a raw live version:

They ask me how I feel
And if my love is real
And how I know I’ll make it through
And they, they look at me and frown
They’d like to drive me from this town
They don’t want me around
‘Cause I believe in you.

They show me to the door
They say don’t come back no more
‘Cause I don’t be like they’d like me to
And I, I walk out on my own
A thousand miles from home
But I don’t feel alone
‘Cause I believe in you.

Don’t let me drift too far
Keep me where you are
Where I will always be renewed
And that which you’ve given me today
Is worth more than I could pay
And no matter what they say
I believe in you.

Don’t let me change my heart
Keep me set apart
From all the plans they do pursue
And I, I don’t mind the pain
Don’t mind the driving rain
I know I will sustain
‘Cause I believe in you.

The Long And Winding Road, by The Beatles