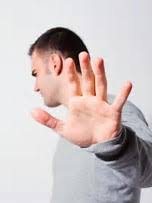 He who justifies the wicked, and he who condemns the just; both of them alike are an abomination to the Lord.
Now, if there is one thing we all hate in this world, it is injustice. We look at all that is going on around us and say ‘Now, that’s not fair!!’.
For example, look at our courthouses –

All leave a nasty tastes in our mouths.

‘“Therefore listen to me, you men of understanding:
Far be it from God to do wickedness,
And from the Almighty to commit iniquity.
For He repays man according to his work,
And makes man to find a reward according to his way.
Surely God will never do wickedly,
Nor will the Almighty pervert justice.
Who gave Him charge over the earth?
Or who appointed Him over the whole world?
If He should set His heart on it,
If He should gather to Himself His Spirit and His breath,
All flesh would perish together,
And man would return to dust.
“If you have understanding, hear this;
Listen to the sound of my words:
Should one who hates justice govern?
Will you condemn Him who is most just?”‘ (Job 34:10-17).

God’s justice is swift and perfect. If we had a mind for justice like God, then
BUT HANG ON – STOP THE BUS!
The most foundational truth about the Christian faith is that God overlooks our sin and grants us eternal life! Has He not turned a blind eye to to the crimes for those that His Son died for?
If so, how do we reconcile the two – God hates the unjust, yet declares the criminal innocent? Does that mean that God is an Abomination to Himself? Doesn’t that sound blasphemous?
What’s going on here?
There can only be one of three options:

The writer was misled, or lied.

We believe Solomon to be the writer of Proverbs as per the first verse in the book:
‘The proverbs of Solomon the son of David, king of Israel:

To know wisdom and instruction,
To perceive the words of understanding,’

Solomon was no dummy. In fact God granted him truth and wisdom surpassing anyone else:

‘And God gave Solomon wisdom and exceedingly great understanding, and largeness of heart like the sand on the seashore. Thus Solomon’s wisdom excelled the wisdom of all the men of the East and all the wisdom of Egypt. For he was wiser than all men—than Ethan the Ezrahite, and Heman, Chalcol, and Darda, the sons of Mahol; and his fame was in all the surrounding nations. He spoke three thousand proverbs, and his songs were one thousand and five. Also he spoke of trees, from the cedar tree of Lebanon even to the hyssop that springs out of the wall; he spoke also of animals, of birds, of creeping things, and of fish. And men of all nations, from all the kings of the earth who had heard of his wisdom, came to hear the wisdom of Solomon.’ (1 Kings 4:29-34).

So from this we can be assured that Solomon knew what he was talking about. And if he used this gift from God to lie about Him, we would have read of a certain and swift demise! And just because he was wise doesn’t mean he knew everything, it just gave him a discernment to understand everything better.

We can’t get any more help from Solomon. His was a basic old testament faith; if you trust , worship and remain faithful to God, He will provide for you and protect you; if you neglect and turn your back on Him then you will face the anger of His wrath.
That explains why He believed God hated those who were unjust.

So if the writer was not wrong, then maybe:
God lied , or went back on His Word

Straight away we know this to be incorrect, because it doesn’t sit right. It is the direct opposite of His nature:

‘Thus God, determining to show more abundantly to the heirs of promise the immutability of His counsel, confirmed it by an oath, that by two immutable things, in which it is impossible for God to lie, we might have strong consolation, who have fled for refuge to lay hold of the hope set before us.’ (Heb 6:17-19).

Two things we read about here:
– The immutability of His counsel. What He says does not mutate, or change. In other words, what He says goes, until He says otherwise.
We do read about God changing His mind, deciding not to burn His wrath against His disobedient children, after Moses pleaded with Him (Ex32:7-14). But that’s the point – we read about it. Unless we read otherwise in His Word, we have to assume that God will carry out what He promised.
– He cannot lie. If He did then He wouldn’t be God! If He does, then the hope set before us is cruel, and in vain.
So if God is always truthful, then yes, everyone who justifies the wicked, and everyone who condemns the just are an abomination.

So if Solomon told the truth about God, and God does not lie or change, then it must be that:
We have misinterpreted the verse

We need to dig deeper to see what we missed.
Could there possibly be a way that God could be an abomination? And if so, when did that happen?
We have to look elsewhere in scripture to find the answer.

OK, let’s start by looking at the word abomination.

These are just a few references, and there are many more I could have added (just read Leviticus alone, and you will find many).

But there are references that link abomination to sin, or being sinful:

Again, there are many more I could have referenced, but you get the point.

OK, so now we understand that it is sin that is the root cause of abomination, and God cannot look at the abomination. So could there be anywhere in the Bible where God somehow took on sin?

Yes,! As blasphemous as it might sound, there is:

So am I telling you that the God, who –

– became like sin on behalf of us, so that somehow that might change how He sees us?

Yes! And this is the beautiful part!

God needed a sacrifice in order to put sin in it’s place. He had tried letting man make this sacrifice himself – but since he was born with a sin nature inherited from Adam – straight after making the sacrifice he would start sinning again!

It was obvious that in order to finally deal with it once and for all, He would have to make the sacrifice on our behalf. But he had a problem – inasmuch as God had problems – it is impossible for Him to sin. But He had already hatched a beautiful plan.
In His great wisdom He sent His Son Jesus to earth. Jesus was fully a man, but because He was conceived through the Holy Spirit, He was fully God as well. And because He had not inherited man’s sin nature, was the perfect candidate for a sin offering.
So God allowed His son to be murdered on a cross by the Romans, after some trumped up charges of blasphemy made by the Pharisees (now there’s a case of condemning the just if ever there was one!).
But while on the cross just before He died, God poured all the sin of the world onto His Son.
Then He turned His back on Him. We know this because Jesus said “My God, My God, why have you forsaken me?” (Matt 27:46). And why did He do that? Because as we saw before, sin is an abomination to Him, and He cannot bear to look at it.
And that is how God (through His Son Jesus) became as an abomination! Note that He was as, or like, an abomination, not abominable in nature.
But wait – stay with me a bit longer – it gets better!
Jesus’ last words out of His mouth before He died were “It is finished!” (John 19:30).
God poured the cup of wrath onto His Son, and He drank it all, to the last drop.
Then after three days in the tomb, He sent His angels to raise Him back to life again.
Jesus was as an abomination no longer – the sin had been dealt with on the cross. He was back to displaying His full righteousness again.
So what does this have to do with us?

Well, the problem is, we are still sinful, still abominable to God. We cannot obtain righteousness like Christ, because our sinful natures put an infinite chasm between us and Him, which we can never cross under our own strength.

But God made a way so that we would not be an abomination to Him any more. How does this work? I’m glad you asked!

Instead of busting our guts, trusting in our own strength to cross the chasm to earn God’s favour, we only need to instead trust in Jesus, placing our faith in His perfect sacrifice on our behalf. After all, the wrath that God poured out on Him included yours, and my sin.
This involves realising that :

If you reject Jesus’ payment on your behalf, then you will have to face the wrath of God yourself on Judgement Day, and believe me when I say this, you don’t want to do that!

But if you do do this, God looks at you, and instead of seeing a disgusting abomination, sees the beautiful and perfect righteousness of His Son Jesus Christ:
“But to him who does not work but believes on Him who justifies the ungodly, his faith is accounted for righteousness, just as David also describes the blessedness of the man to whom God imputes righteousness apart from works:

“Blessed are those whose lawless deeds are forgiven,
And whose sins are covered;
Blessed is the man to whom the Lord shall not impute sin.” (Rom 4:5-8).
You did the crime. Jesus did the time.
Whew, we finally got there. Thank you for persevering!

So the next time you hear someone say that the bible is misleading, or that God is a liar for saying He will punish bad people but let them off Himself –

– remind them that He did not let their sin go unpunished, but took the punishment on Himself, becoming as an abomination on their behalf.
Blessings.