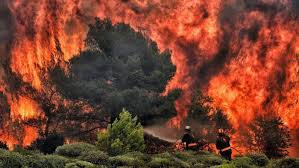 “Deliver those who are drawn toward death, and hold back those stumbling to the slaughter. If you say, “Surely we did not know this,” does not He who weighs the hearts consider it? He who keeps your soul, does He not know it? And will He not render to each man according to his deeds?” (Proverbs 24:11-12)

Proverbs is amazing book; hidden with gold nuggets waiting to be unearthed. Sometimes it can seem as though each verse is totally unrelated to the ones either side of it. But when you read them in context, you can often see the beautiful thread of the Gospel in it.

When I read the whole chapter in its’ entirety, I can’t help but be alerted to the plight of the sinner, and our responsibility towards him.

Verses 1-10 speak of the dangers of sin, our attitude towards sin and the sinner, and what wisdom really looks like.

We are never to envy the sinner. Outside it may 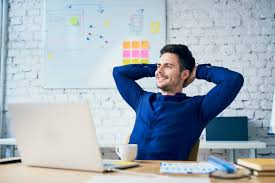 seem his life is perfect. He may have everything he needs, and more. He may seem more successful than you or I. It may seem that God has blessed him with material possessions, maybe even wealth, and wisdom.

But his way was selfish. Everything he gained was by looking after the number one person in his life: himself. He got where he is by way of trouble-making, and back-stabbing. He looks at himself in the mirror, and pats himself on the back. He may even thank God for what he has – but it’s all a façade. He actually has no care for God outside of using Him to acquire his own selfish wants. His life is a house of cards. He has built his house on shifting sand.

Time and tide will eventually put paid to his silly plans. At first, everything is fine. The weather is warm, the house seems secure. But just like the old children’s’ song, the rains will come down, the flood waters will come up, and everything he trusted in will be destroyed (Matt 7:26-27). 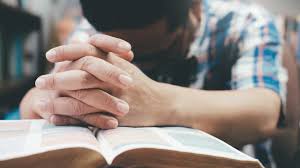 A wise man builds his life on the rock of his salvation. Its’ foundations are secured by wisdom; and its’ rooms are filled with knowledge. This is a picture of true strength. And what is this wisdom and knowledge? That his trust is not in himself, but in his Saviour. Everything he has is as a result of what his Saviour has acquired for him – physically, materially, intellectually and spiritually, not through himself. His appreciation is outward and upward, not inward.

And when the storm comes – the rain and the flood – he will stand secure, because his foundation is secure.

So no, we are not to envy the sinner, because in the end he will be destroyed.

But we are also not to scoff at him for his foolishness either. There is nothing more pitiful than scoffing at someone who is destined to fail. Imagine scoffing a blind man for unknowingly stumbling towards a cliff. Imagine pointing and laughing at a car that turns the wrong way into a busy one-way street. Imagine a doctor mocking his patient that he has just told has terminal cancer, or a fireman that apathetically turns his back on people stuck in a burning building.

For us to show such dissent towards a doomed sinner makes us no better them. It shows you up as a hypocrite. If you don’t care that sinners are going to hell, then please don’t tell me you love God. Please don’t tell me that God is number one in your life.

Charles Spurgeon once said: “Have you no wish for others to be saved? Then you are not saved yourself, be sure of that!”

Instead, verse 11 of Proverbs 24 tells us to deliver those stumbling towards death, and hold back those stumbling towards the slaughter. We should be the ones yelling to the blind man to stop and turn around. We should be making every effort we can to prevent sinners from eternal doom. Our excuse cannot be that we did not know this, that He will weigh the heart and render to each man according to his deeds (verse 12). This should be our motivator to witness, knowing that the sinner will be judged, and found wanting. After all, isn’t that how you came to Christ – somebody witnessing to you?

Will you not try, at least once, to save with fear, pulling them out of the fire (Jude 24)?

My thanks to Frances for pointing out these verses to me!

Moti’s Motive to Make it to Heaven

On one of our street witnessing outings 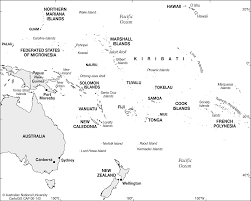 last year, I passed a middle-aged Pacific Island gentleman walking past the old Naenae Post Office. I held out a trillion-dollar tract to him and asked him if he had received his trillion dollars today.

He laughed and asked “What’s this all about?”

“Because you look like a nice person, I thought I’d give you a trillion dollars.”

“Because on the back is the trillion-dollar question: What happens after we die? Do you think there’s an afterlife?”

“Yes, I think there’s a heaven, that everyone goes there.”. He was stumbling a bit, searching for words. “Sorry, I am visiting from the Pacific Islands. My English is not good”

I made a mental note to talk slower, and clearer. “No, your English is just fine. My name is Craig”. I held out my hand.

“Very nice to meet you, Moti. So, tell me about this heaven that you believe in.”

“Well, if you are a good person, do good things, you will get there.”

“Do you mind if I test how good you are?”

He laughed. “What sort of test?”

“The same one that is on the back of the note. Are you ready?”

He laughed again, this time quite nervously. “Ok.”

“How many lies have you told in your life?”

“I have told many lies.”

“What do you call someone who tells many lies?”

“I think I would call them a liar.”

“Aha. Next question: have you ever stolen anything, regardless of how much it cost?”

“Ok, so what do you call someone who steals things?”

“That’s right, or a thief. Ok, next one: have you ever taken God’s name in vain?”

“Well, it can mean using God’s name as a dirty word in conversation.”

“Oh no, I would never do that”

“That’s good to know. Ok, one more, and I thank you for being honest: have you ever looked at another person and lusted, or had sexual thoughts about them?”

“Yes, I think everybody does that.”

“That’s true, but it doesn’t make it right. Jesus said that if you look with lust, you commit adultery in the heart. So, Moti, here’s a summary of our little test. I’m not judging you, but by your own admission, you have admitted to me that you’re a liar, a thief, and an adulterer at heart.”

“Yes, and when you die, you get to face God on judgement day. Do you think he would find you innocent or guilty of breaking His commandments?”

“So, would He send you to heaven or hell?”

“I think He is a forgiving God, and would let me off those crimes.”

“If you were standing before a judge, and you said ‘Yes, I did do those horrible crimes, but I think you should forgive me’. If he let you off, would that be a good judge or a bad judge?”

“That would be bad.”

He looked resolved: “I think hell.”

“That’s right, if He is a good judge, he would give you what you deserve.”

“Does it concern you that if God judged you by His commandments, like the ones in the test, that He would send you to hell?”

“Shall we try that with the judge as well? ‘Yes sir, I did do those horrible crimes, but now I don’t do them anymore. I do good things’. The judge will say ‘It’s good that you have changed, and do good things now. But it doesn’t excuse you from the crimes you have already committed’. If he is a good judge, he still has to punish you for your crimes. You can’t bribe a judge, and you definitely can’t bribe God.”

“So Moti, let’s summarise what we’ve talked about. Guilty, or innocent of breaking God’s commandments?”

There was a long pause. “Hmmm.”

Moti’s silence could either mean he was trying to think of more excuses, or that he was feeling remorse for his sin. So, I decided to ease his pain.

“You know, Moti, God did something so that you don’t need to go to hell. Do you know what that was?”

“He sent His Son to earth to take the punishment for you.”

“That’s right, I remember that.”

“Yes, but do you know what legal transaction took place when that happened?” 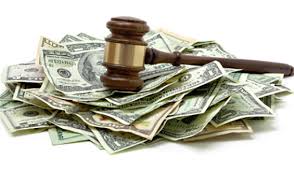 and are standing before the judge. Let’s say the fine is $100,000. You say ‘But I don’t have $100,000!’. The judge will say ‘then you are going to prison!’. All of a sudden, someone rushes into the courtroom and yells ‘Wait! I have $100,000. I love Moti so much, I sold everything to pay his fine!’ He gives the judge $100,000. The judge can say ‘Moti, you are guilty of breaking the law, but the fine has been paid. You are now free to go’. And that’s what Jesus did for you, Moti. You are guilty of breaking God’s laws – the lying, the stealing, the adultery of the heart. Your punishment is eternity in God’s prison, which is hell. But Jesus paid the fine for you. All the punishment that you deserved; God laid on Jesus for it. How do you think you would feel towards someone who paid that fine for you?”

“I would be very grateful to him.”

“Yes, and that’s how you should feel towards Jesus, not because he can keep you out of hell, but because He loved you enough to take the punishment of hell for you. Does that make sense?”

“In order to get to heaven, you need to repent. That means you have to hate your sin enough to turn your back on it and never do them again. Then you need to place your faith in Jesus, because He paid the price that you can’t pay. Do you understand this?”

“Do you have a Bible with you?”

“Yes, there is one where I am staying.”

“Please read it. Read the Gospel of John in the New Testament.”

I shook Moti’s hand and thanked him for his time. I also gave him a cartoon booklet of the Good Person Test, which summarised what we talked about.

I’ll see you at my place the is Saturday at 10am for prayer before heading out once again! 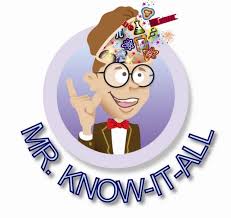 If someone asks you a question you don’t know the answer to, don’t try and bluff your way out of it.

Just say ‘I don’t know the answer to that, but I can find out. What’s a way I can contact you?