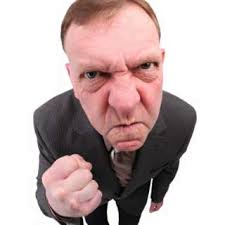 ”Fools mock at sin, but among the upright there is favour. The heart knows its own bitterness, and a stranger does not share its joy. The house of the wicked will be overthrown, but the tent of the upright will flourish. There is a way that seems right to a man, but its’ end is the way of death.” (Prov 14:9-12).

Well, Jack Frost has well and truly planted his boot on the Hutt Valley these last few days! Hopefully that won’t prevent people from coming to our fishing hole!

We are now knee-deep in the Way of the Master Basic Training Course. A total of 26 people have attended the first sessions! Feedback has been excellent, and it seems people are keen and dedicated to learn how to share their faith. This Saturday we are putting what we have learnt so far into practice, combining with our monthly Gone Fishin’ Outreach.

Let’s keep this momentum up, guys!

There’s nothing sadder than when a non-believer mocks sin. Even though it causes us to throw our hands up in resignation of their brazen audacity, we also silently weep for the fate of eternal damnation that awaits them.

Our verses today show us three sad consequences when we turn our backs on God, and hold on to our sin.

”Fools mock at sin, but among the upright there is favour.” (v9) 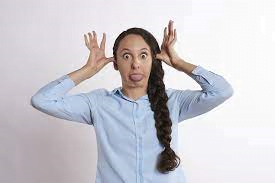 This of course would be the most obvious consequence. If you keep sinning without remorse, then you are denied favour from God. Picture a petulant child, doing the exact opposite of what its’ parents tell them to do. Are the parents going to shower the child with rewards? Hardly – at least not without consequences, and major correction.

A child who constantly rebels against authority will one day face the ultimate authority for his disobedience.

There is only one guaranteed favour for a rebellious sinner – death: “For the wages of sin is death…” (Rom 6:23).

A murderer before a judge may learn that all his scheming and law-breaking have earnt him is the death sentence. This is what death is – wages. In the same way, those who mock sin cut their access off to God, and His favour on their lives. They will be compensated their wages in due course.

“The heart knows its own bitterness, and a stranger does not share its joy.” (v10)

This verse teaches us that the heart is self-aware. Your heart knows when it is happy, sad, angry, in love, fearful, etc.

It also knows when it is bitter. Bitter people complain. They complain a lot. A complainer is never happy, which is a perfect scenario to begin mocking God, and using it as an excuse to sin. The next natural step is to deny God’s existence, for

This gives him (the fool) license to do whatever he wants. When you deny any form of authority, you naturally spiral into the depths of lawlessness. Sin becomes subjective, and without a perfect standard, the scale of right and wrong becomes a selfish, abstract figment of imagination. So the sinner attempts to create his new standard of joy. However, a sinner can never be fully joyous, because bitterness is the antithesis of joy. His true heart is on display for everyone to see:

“The heart is deceitful above all things, and desperately wicked; who can know it (Jer 17:9). 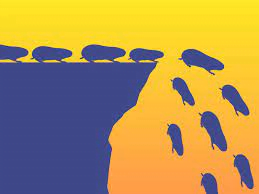 This is the saddest part. The deluded sinner sets off down his road of illusion, living up to his own selfish standards, leading to (what he believes to be) his ultimate destination of nirvana – only to find it doesn’t exist. It never even existed in the first place. The bubble of freedom he was striving for has popped in his face. He becomes a slave to his ways, yet another proverbial lemming, following the multitude of like-minded zombies towards the cliff of destruction:

Awaiting before him is the God to whom he ignored and mocked, ready to pass sentence on him.

All those who mock sin, shake a bitter fist at God, and go their own way, will face an angry God. That includes everybody.

So, where is the hope? How do we reconcile back to God? Well, this is the good part, because for every point of His anger, God has offered a solution:

The wages of sin may be death, but the free gift of God is eternal life in Christ (Rom 6:23).

Folks, this is why we evangelise!

We intercept hell-bent sinners, and offer them hope, in that they may reverse direction.

We tell them the Good News of the Gospel; that Christ died to save sinners by taking their hell punishment for them.

We urge them to repent and place their faith in Him! 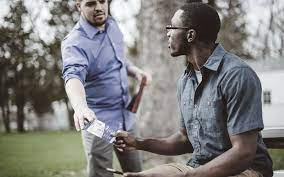 Last week at the Basic Training kick-off, I presented a poem I wrote. A few have asked for a copy, so I thought I would attach it below:

convert or attempt to convert (someone) from one religion, belief, or opinion to another. (Oxford) 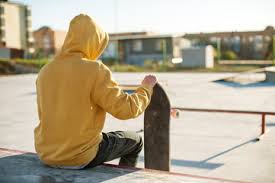 alone he sits under a sheltering tree,

a hoodie hides his pallid face.

he tries his best not to notice me.

an inner battle – should I near,

or should I simply pass him by?

my earthly flesh debating “Why,

why choose this man to test your fear?”

then a picture: a rotted sinner hastening

towards The Almighty’s judgement seat;

a tragic end via His gavel’s beat,

to herald an everlasting chastening.

so, out of love my words depart;

but Christ’s good work, and this alone;

to change to flesh a stony heart.

i move away, my task now rendered,

with no obligations to embrace;

his soul contingent on God’s grace –

His will alone, for His wrath suspended.

no reprobate beyond His reach,

yet no willing saint He cannot teach

to find for Him, and point them home!

“Then he said to his disciples, “The harvest is plentiful, but the labourers are few…” (Matt 9:37).

Those attending the WOTM Course, I’ll see you at my place at the earlier time of 9.30am on Saturday.

For those who wish to join in, you are welcome. Otherwise, I will see you down at the Naenae shops around 11am to share the Gospel with hose heading for destruction! 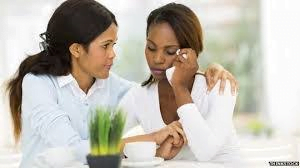 An unbeliever can spot a fake a mile away!

Remember, we are not robots, chanting a magic mantra.

Show them you love your neighbor by your concern for their eternity!