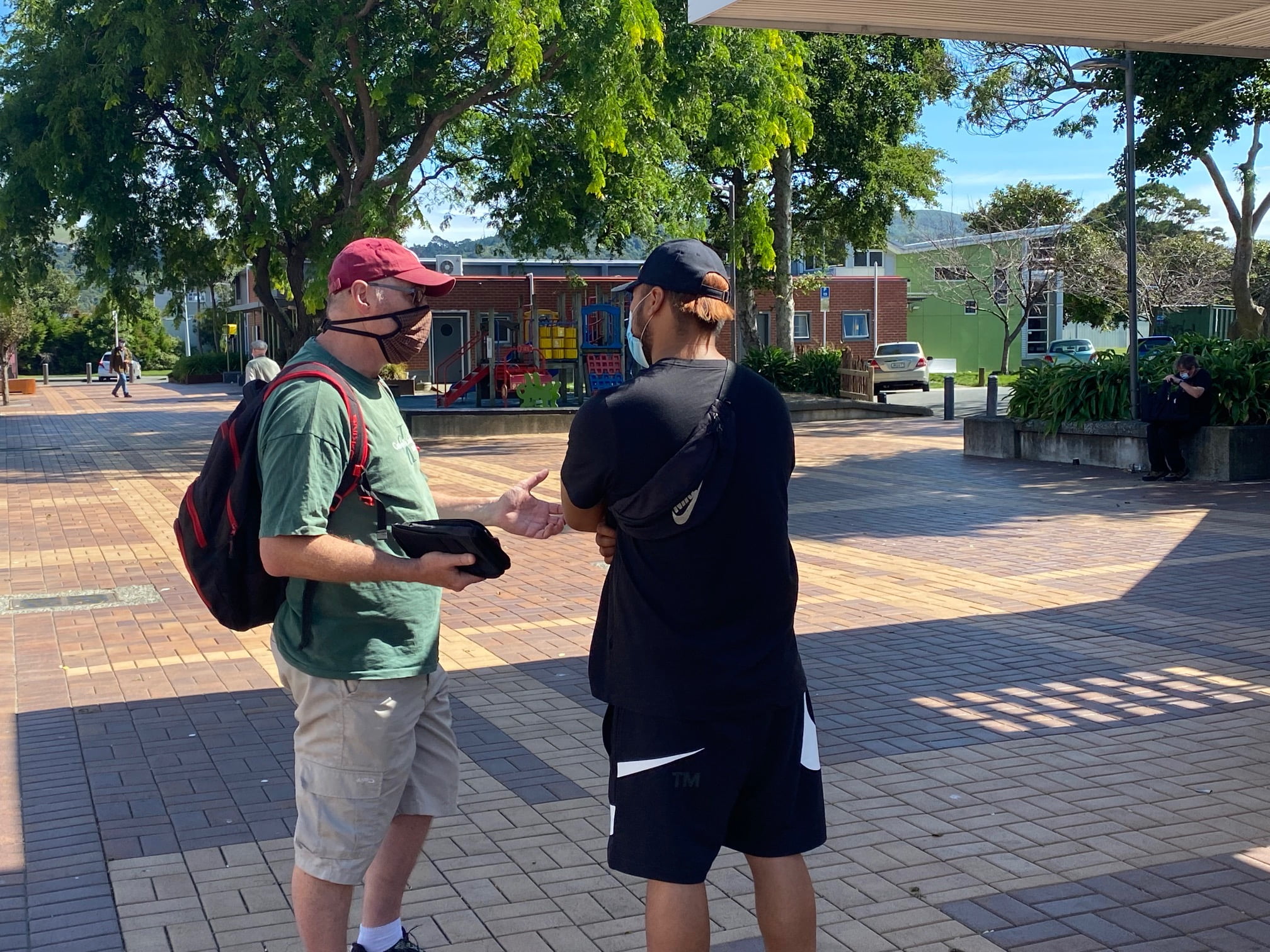 I opened with the first eight verses of Psalm 5:

Give ear to my words, O Lord,
Consider my meditation.
Give heed to the voice of my cry,
My King and my God,
For to You I will pray.
My voice You shall hear in the morning, O Lord;
In the morning I will direct it to You,
And I will look up.

For You are not a God who takes pleasure in wickedness,
Nor shall evil dwell with You.
The boastful shall not stand in Your sight;
You hate all workers of iniquity.
You shall destroy those who speak falsehood;
The Lord abhors the bloodthirsty and deceitful man.

But as for me, I will come into Your house in the multitude of Your mercy;
In fear of You I will worship toward Your holy temple.
Lead me, O Lord, in Your righteousness because of my enemies;
Make Your way straight before my face.

I compared how God sees the plight of the unrighteous vs the righteous – the unrighteous being destroyed, but the righteous invited into His house. We used this as a springboard to discuss and pray regarding the urgency to share the Good News with others, and how important it is that we use this time to try and plant the Gospel seed to as many as we could – to encourage as many people into the ‘righteous’ column, God willing!

The Market wasn’t on today – with the COVID Omricon scare, the organisers were not going to risk having too many people in one place. There were still enough people coming and going to keep us busy. I don’t like wearing masks in the open, but if I approached someone who had one on, I would slip mine on as well. 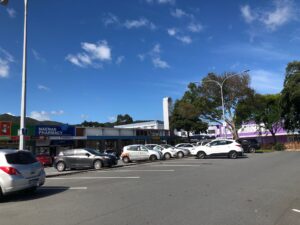 As soon as I arrived, I immediately began handing out million dollar tracts. And the conversations soon started flowing:

Dylan: He was standing outside the roast shop waiting for his order. He took a $1m tract off me. He didn’t think he would make it to heaven, because he hadn’t been that good. I took him through the law just to make sure, and yep, he was right – a lying, thieving, blasphemous adulterer! I told him that was the bad news, but there was good news via someone who paid his hell punishment for him. He knew I meant Jesus, so I told him how this was accomplished – just like a criminal having his massive fine paid by a complete stranger, who sold everything to pay the debt and keep him out of prison. He agreed that he should feel grateful towards that person. I said the only thing stopping him placing his faith in Christ for his eternal security was his love of sin, and he needed to repent and place his faith in Christ before it was too late. He thanked me for the conversation, and I gave him a Good Person Comic Tract to read as he left.

Ambrose: This young gentleman was very humble, and respectful. He thought he was quite a good person. He said that according to his JW upbringing, he needed to keep the commandments, and repent for the ones he had broken. I asked him how his sin was accounted for. He didn’t know what I meant, so I said that for someone to be cleared for a crime they committed would be an injustice, as no punishment would be meted out. So for God to forgive him of his sin without payment would make God a corrupt judge. I thought he would mention Jesus, but he didn’t. Thankfully it seemed that Ambrose was either a backslidden JW, or hadn’t really got into study their brainwashing methods.  I asked him about the thief on the cross. I said there were two thieves on the cross with Him, and one was told he would be in paradise with Him that day. He didn’t get the chance to keep the commandments, or be a better person – he would be dead before the days’ end for his crimes he had committed. How was he absolved from his sin? He couldn’t answer, so I risked prolonging the conversation with an argument regarding whether Jesus was the Son of God or not – by telling him the truth. I told Ambrose that the only way to be absolved from an eternal punishment was through God taking his hell punishment upon Himself; that He came to earth as a sinless child, lived a sinless life, and was crushed with the weight of our sin. I told Him that Jesus took his hell punishment in his place. Then He was raised on the third day, to prove He had defeated death. He went very silent. I asked him if he understood what I just said, and he said yes. I told him that repentance was not enough to get to heaven, that he also needed to place his faith in Christ, and not rely on his good works. He understood. I asked him when he was going to do that, and he said as soon as he could. I prayed with Ambrose that he would see the seriousness of his sin, be convicted to repent and believe that Jesus has taken his hell punishment. Afterwards, I gave him a copy of John’s Gospel (not the New World Translation!), and a good person tract. He thanked me as he left. Praise the Lord, another very good Gospel outcome!

Peter & Dennis: These young teens were walking a bicycle through the court. I stopped them and offered them a million dollar tract. They thought it was hilarious, and wondered where to spend the money. I asked them the million dollar question of where they were going when they die. Peter said he would come back as something different. I asked him who gets to decide what you come back as. He didn’t know. I asked if there was a heaven and hell. They said they didn’t know. So I asked him if there was a right and wrong. He asked what I meant, so I changed tack and asked them if they considered themselves good people. They said yes, so I took them through the law. Peter was surprisingly better off than Dennis, but they were both still red-handed liars and idolaters. I said that when they died, they would have to give an account to God on judgement day. If God asked them why He should let them into heaven, what would they say? They both said that they try to be good. I reminded them that they admitted to being lying idolaters – would you consider that to be good? They both said no, so I asked where they would go then, and they said hell. Did it concern them? Lots of shrugs. So I asked them what if someone paid their hell punishment – like someone paying a court fine to keep you out of prison – where would they go? They said heaven. I asked them who would do that for them? They didn’t know. I asked them if they have ever heard of Jesus. They both said no, which was surprising. Then again, one was North Asian, and the other South Asian, so it was possible they had been sheltered from Christian stuff. I then told them the Gospel story of Christ coming to earth, fully God, and fully man, and taking our hell punishment for us. How would they feel towards that person? They said grateful. So I asked them the same  question I asked earlier – what would they say to God if He asked them how they would get to heaven? They said because Jesus had taken their hell punishment for them. Bingo! I asked them if they believed that this was true, and they both said yes. I gave them both good person tracts and a Gospel of John and thanked them for their time. Oh that all listeners would be that receptive to the Gospel!!

Daniel: This Daniel, a Pacific Island gentleman, took a tract off me and laughed. I asked him what happens after he died, and he said straight to heaven. I asked why, and he told me that he was a Christian. I asked why he was a Christian. He said that Jesus had died for his sins. So I asked him what sort of sins did he die for? He didn’t really know, only that he had repented, and trusted that Jesus had died for him. I didn’t feel like being too harsh on him, so I asked how he tells others the Gospel? He said he would plead with them to get right with God. So I spent about ten minutes explaining the best way to get to the point through law and Gospel. He was very appreciative, and took a handful of tracts off me. He thanked me for what I was doing. I think it was a good time of encouragement for the both of us!

So, it was an awesome day out, even with the market not going ahead. This just goes to show that God is definitely in control of all we do!

Please pray for us, and those we managed to witness to, for the glory of God!!