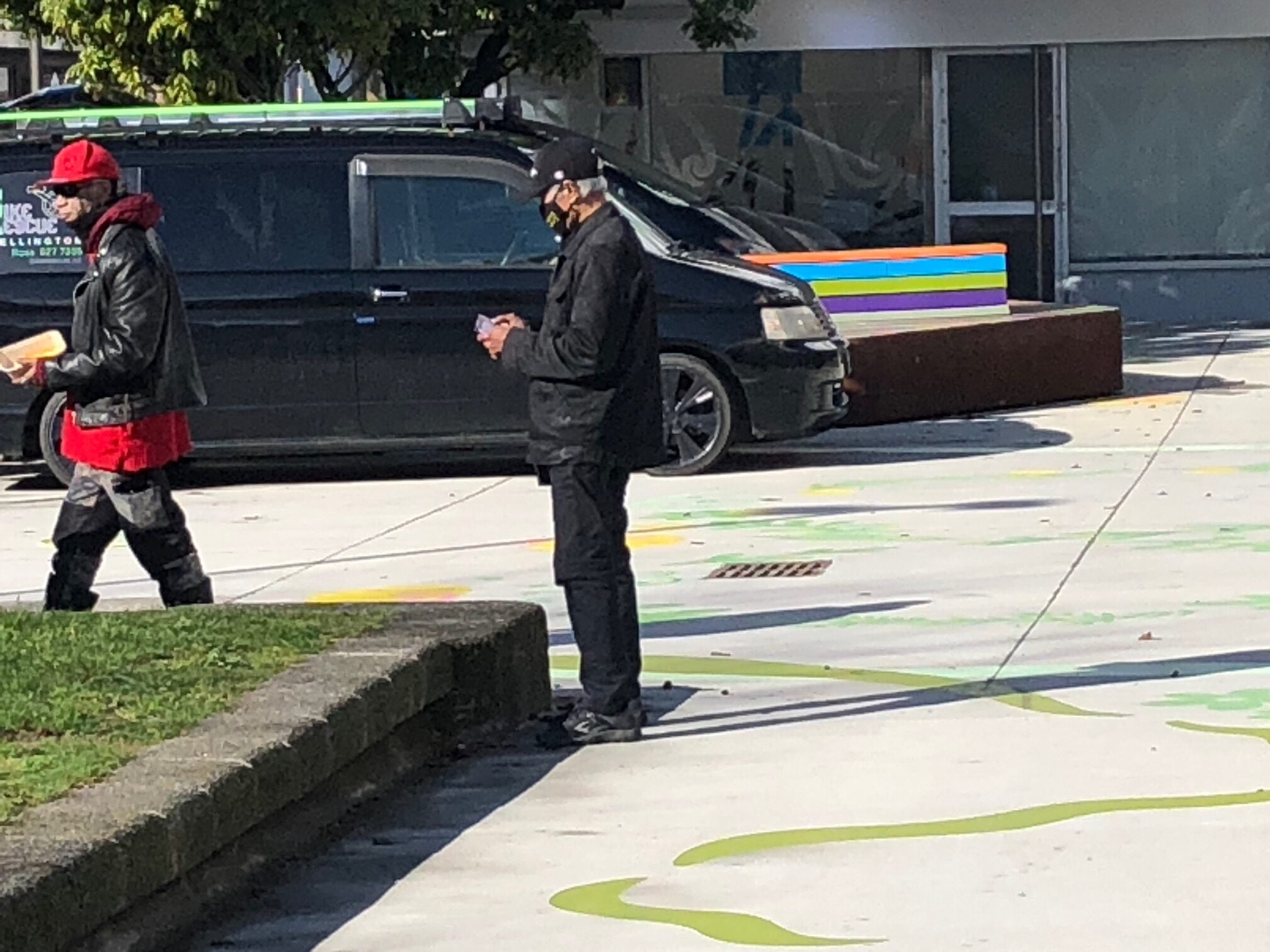 Present today: Marie, June, Frances. Pastor Jarryd met us down at the market.

I opened with an extract from Charles Spurgeon’s ‘Around the Wicket Gate, from the anecdote “Faith Very Simple”:

To many, faith seems a hard thing. The truth is, it is only hard because it is easy. Naaman thought it hard that he should have to wash in Jordan; but if it had been some great thing, he would have done it right cheerfully. People think that salvation must be the result of some act or feeling, very mysterious, and very difficult; but God’s thoughts are not our thoughts, neither are his ways our ways. In order that the feeblest and the most ignorant may be saved, he has made the way of salvation as easy as the A, B, C. There is nothing about it to puzzle anyone; only, as everybody expects to be puzzled by it, many are quite bewildered when they find it to be so exceedingly simple.

Many people believe that Christianity is so hard that they are not wise enough to understand it. However, the opposite is true; God made it easy enough for a child to comprehend. Even Christians complicate things more by adding to it, or communicating it in such a way that it has completely lost its’ meaning. Little did I know that I would have the opportunity to do just that in a conversation later!

We prayed for boldness to tell the truth; that we would be obedient and not hold back from speaking to all those that God led us to. 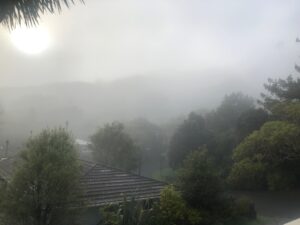 It had dawned with a pea-soup thick fog, but by the time we made it down to the market, it had lifted to reveal a clear but cool day. I was still feeling under the weather, and felt quite weary, like there was a pea-soup fog in my brain as well. So I spent a lot of my time handing out tracts, not really engaging with anyone. A few asked what the tracts were all about, but my headspace wasn’t engaged to go into any conversations, so I just told them that they have the million dollar question on the back of them. I prayed that the Lord would revive me. Then I realised (or the Lord had brought it to my attention) that I hadn’t had anything to drink that morning.

I thought a coffee would pick me up, so I ordered one from the corner cafe, ‘accidentally’ dropping tracts on the tables as I waited. I gobbled the coffee down, and went on my way. A few minutes later I started feeling better.

Maree had run out of tracts, so I let her replenish them from my bag. She said she had a few good conversations. I saw Frances engaging with plenty of people. June had managed to get a Gospel of John into a few peoples hands. Pastor Jarryd had his son with him, so hung around the children’s playground, where he was able to engage with other parents / caregivers.

By this stage it was getting close to lunch, so I thought I should at least try to engage more with the people I was handing tracts to.

John: There was a group of 3 high school age kids laughing together – 2 girls and a guy. I engaged with them, and the conversation was going great, getting them to talk about eternal things. But as I was taking them through the law, the girls discreetly peeled away from the group, leaving John to fend for himself. He became very nervous, and he was trying to get away as well. I managed to get him to acknowledge he would be going to hell, and I gave him the Gospel solution. His interest was waning, so I gave him 3 good person tracts, one for all of them. He promised to read them, and I pray they all do!

Kane & Lea: I was feeling physically tired, so was thinking about calling it quits for the day. Then I spotted 2 young people having an intense conversation – not an argument, but an emotional time. I discreetly sat down beside them, excused myself, and  and offered them tracts. Kane looked a little miffed with the interruption. Lea said thank you, and asked if they were Christian tracts. I said yes, and asked her what she thought about the afterlife. She said she accepted all religions concepts of life after death. She said that Kane was a Jehovah’s Witness, so he had ideas as well. I asked Kane, and he said as long as you keep the 10 Commandments as best you can, and repent when you break them, you should be fine. He said he doesn’t follow the JW way now, but just brought up that way. I wanted to hone in on the fact that JW’s don’t believe that Jesus is God, but in a way as to not get into an argument about it. So I took them both through the good person test to see how far they fell short of  God’s standards. They both failed. I was waiting for the ‘but’s’, and they came thick and fast: But God can forgive…But if you repent…But if you try your best… I gave them a scenario of them telling a judge this – but judge, could you please forgive me…but judge, I promise not to do it again…but judge, I’ve changed my ways – would he still convict you of the crime? Of course he would! God is no different. What they needed was someone who could pay their hell fine for them. But it had to be a perfect being, as no one else would be worthy enough to take the the world’s sin. It took God alone, who was fully God, and fully man to bear our punishment for us. And this is where I made the point that if Jesus wasn’t God in human flesh, then we are all doomed with an eternity in hell. I could tell Kane agreed with my logic, but all JW’s, are programmed to argue otherwise. So I decided to focus on Lea.

I told Lea that all the good things she was trying to do in order to make things right were like trying to bribe a judge to look the other way from her crimes. I told her the only way to heaven is if she stopped trying to get to heaven on her own goodness (which she didn’t have), and instead placed her faith in the one who was perfectly good, and took her hell punishment. She asked “So, I’m a Christian if I believe that Jesus took my hell punishment?” I told her that only if it was 100% trust in Jesus, and 0% trust in yourself. This meant putting aside all your pride, and coming to God on His terms, not yours. So I asked her what she would says when God asked her why she would let her into heaven. She said because Jesus took her hell punishment. I asked her if she really believed that, and she said yes. I gave them a Gospel of John each to read, and told them I would be praying for them. I shook hands to leave.

After I started to walk away, Lea called me back. She said “Did you notice I was crying when you approached us?” I said “I didn’t see you crying, but I could tell you were having a deep and meaningful conversation”. She said “I think this meeting was not a coincidence”. I said “I don’t think so, either. But remember everything we talked about. Don’t let it go to waste. Focus on what we talked about, and don’t let anyone change your mind, because it determines your eternity”. I said this last bit because I was worried that Kane would want to talk her out of it. She promised she would.

That conversation lifted my spirits immensely, and I felt I was walking on air afterwards. I gave glory to God for that, and for the conversation with John, as well all the people who received tracts and had conversations with the team.

Before I left my spirits were low. But I’m slowly starting to learn that there is no greater way to lift your spirits than spreading the good news of the Gospel of Jesus Christ, the best news anyone could ever hear!