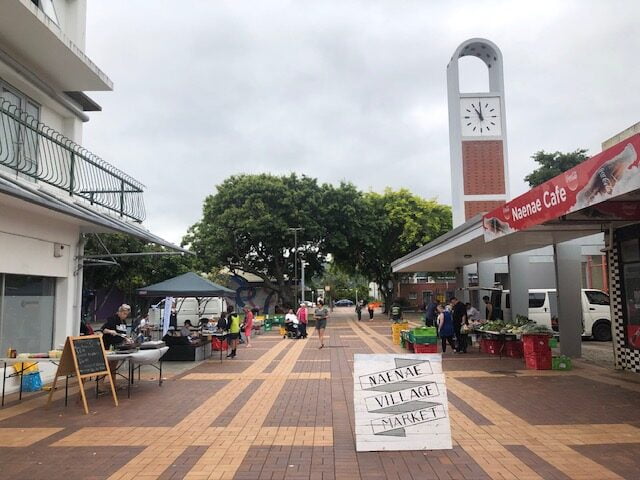 Today was the first Gone Fishin’ Outreach for 2021!

Present: June, Cristian, Frances, and Paul. Pastor Jarryd met us at the shops. Others were still on holidays, or had prior commitments.

“And you He made alive, who were dead in trespasses and sins, in which you once walked according to the course of this world, according to the prince of the power of the air, the spirit who now works in the sons of disobedience, among whom also we all once conducted ourselves in the lusts of our flesh, fulfilling the desires of the flesh and of the mind, and were by nature children of wrath, just as the others. But God, who is rich in mercy, because of His great love with which He loved us, even when we were dead in trespasses, made us alive together with Christ (by grace you have been saved), and raised us up together, and made us sit together in the heavenly places in Christ Jesus, that in the ages to come He might show the exceeding riches of His grace in His kindness toward us in Christ Jesus. For by grace you have been saved through faith, and that not of yourselves; it is the gift of God, not of works, lest anyone should boast. For we are His workmanship, created in Christ Jesus for good works, which God prepared beforehand that we should walk in them.”

I spoke of the uncomplicated nature of the Gospel, and how this is who we once were; dead in our trespasses and sins, wallowing in the filthiness of them. However, through Christ we have been cleansed, reconciled, and restored to a right standing with God through grace by faith. This was the good news we needed to get out to people everywhere.

We prayed for courage to approach people, and also the guidance of the Holy Spirit to lead us to the right people to talk to, and to guide our words towards them. 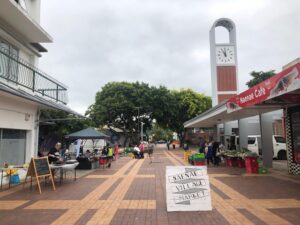 Down at the shops it wasn’t too busy, but there were plenty of people coming and going to engage with. The $1m gospel tracts proved very popular for me. Most weren’t willing to engage once they found out what the tract was all about, but most agreed that they will read it. That is all I can ask. Sometimes the Gospel doesn’t always need me hindering or miscommunicating it’s message.

One gentleman in a high-vis jacket and bicycle helmet took a tract off me, to which I asked him to read. He said he would as he walked off. About 10 minutes later I bumped into him again, and asked him if he had taken the chance to read it. He said yes, but said he threw it in the rubbish, because he didn’t believe it. I asked him what in particular he didn’t believe. He said ‘all of it’.

I asked him ‘You don’t believe there’s  a God?’ He said ‘I believe in a creator, but not God’. He went on to say that being a Maori, he believed in a creator of the hills, the land, the rivers and sea. They didn’t worship a creator, but instead the creation. I went on to say that it was a violation of the 2nd Commandment, that you shall have no other gods before God himself.  After saying his name was Roger, he tried the usual distracting tactics; if there was a God, why is there so much sickness, why would God let evil reign, etc. These were easily explained, but I knew that he was just trying to avoid the ultimate problem – if he acknowledged that God exists, then he would be accountable to him.

Roger failed the good person test miserably, and this just ignited his self-righteousness. He went back to the saying he only believed in the Maori God. I think he was really enjoying the banter between us (I must admit, I was, too), so I decided to play hardball with him. I asked him what was more important: what you believe, or whether what you believe is true? This caused him to stumble a bit, and gave me an opening. I told him I could believe with all my heart that when I died, I would go to the great big Graceland in the sky and sing Elvis songs forever. Could I believe it? Yes? Is my belief founded? No. He agreed. I told him that he knew in his heart there was a God, as God placed this knowledge in him, and his heart bears witness to it (Rom 1:18-19).

But I told Roger that God did something so that when he died he would not go to hell. He knew what it was, Christ dying on the cross for him. But he didn’t understand the legal implications of it. So I gave him the courtroom analogy. He understood straight away, but his self-righteousness was not allowing him to accept it.

All this went on for over 20 minutes. The truth is, if neither had give in, we would still be playing verbal ping-pong. So I said to him that 154,000  people die every day, and today might be his turn if a bus decided to take him out on his bike home. I told him he would then be standing in front of God, giving an account of every time he violated His law. He would be found guilty, and his punishment would be an eternity of agony in a fiery lake. He said “It is what it is”.

We parted with a handshake, and I said “When you go to bed tonight Roger, I can guarantee you’re going to think about what we talked about. You’ll be thinking about facing God after you die. And you’ll be thinking about what He will say to you, and where He will send you. I know this, because you already know this is true, but refuse to accept it. Not that you had any excuse before, but you now know what is required of you to be reconciled to God. I just pray that you will be convicted to repentance, and faith in Christ.”. He said “You don’t give up, do you?”. I smiled, and said “now that you understand what is required, I will. The rest is up to you. You need to turn to Christ and live, while God has given you time”.

That was really the only one-on-one conversation I had. I continued giving out tracts, but I was exhausted!

By this stage, everyone but Paul had left. He told me of a few other people the team had conversations with; Beverley, who was 89 years old; Vikram the vege stall holder (I have spoken with Vikram before); Valerie & Laughlin, who were running a hippe-like stall and had a weird understanding of eternal life; Paul; and Tane, who was 12 and worked on a stall at the market.

Also, pray for opportunities for yourself; that God will grant you the sensitivity to see the need to rescue lost sinners from the fire!