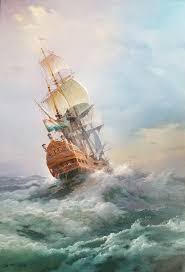 Gone Fishin’ Monthly Newsletter – February 2020
“Now the word of the LORD came to Jonah the son of Amittai, saying, “Arise, go to Nineveh, that great city, and cry out against it; for their wickedness has come up before Me.” But Jonah arose to flee to Tarshish from the presence of the LORD…” (Jonah 1:1-3).
“Now the word of the LORD came to Jonah the second time, saying, “Arise, go to Nineveh, that great city, and preach to it the message that I tell you.” So Jonah arose and went to Nineveh, according to the word of the LORD…” (Jonah 3:1-3).
Hi Everyone
We had a great time at our Christmas outreach, giving away a couple of hundred sausages, and well over 300 Christmas Gospel tracts! Many of us had some good, and interesting follow-up conversations. A big thank you to all who gave up their time for this! Last month was also great – a bit quieter, but God still provided many to give tracts and talk to!
As with most things in life, the first time is always the hardest. Think of watching a toddler try to walk, and the countless times they end back on their backside with a thump. Or the first time you hopped on a bike unaided, and the resulting scraped knees and elbows. Or the first time behind the wheel of a car, and that tree that deliberately jumped out in front of you to try and kill you.
The first time is always worst, because you feel like an idiot when you fail. That’s because you expect to nail it 100% straight off. But life isn’t like that. There is always a learning process to go through.
But the worst thing we can ever do is never try at all – probably because of fear of the unknown, or that the potential result may not be the way we want it to pan out.
Jonah’s Rebellion

Jonah went through this process. Tasked by God to go to Nineveh, a place of debauchery and evil, in order to preach to them, he ran with vigour and determination at the prospect – in the opposite direction. He was scared of what they would do to him, and he wanted God to smash them for their wickedness, not to be merciful to them.
He foolishly thought that ignoring God’s call would result in the Ninevites bringing judgement on themselves. He jumps on a ship headed as far away from Nineveh as possible.
But God had a better idea, and He manoeuvred the circumstances of Jonah’s rebellion for His glory. Storms arose to threaten the lives of him and the crew of the ship he was fleeing on. After concluding that he himself was to blame for their peril, Jonah convinces them to throw him overboard.
Jonah’s Repentance
That saved the crew and the ship, but it wasn’t the end of the turmoil for Jonah. God providentially provides a big fish to swallow him up. While inside this fish, Jonah finally realises that his predicament is totally due to his disobedience to God. He offers up a heartfelt prayer of repentance (read the whole 2nd chapter of Jonah). I guess being inside the belly of a huge fish would make you that way. Picture the darkness, the heat, and the smells of bodily juices for 3 straight days. Prayer would be the only thing on my mind if it happened to me. Jonah’s Restoration
God hears his prayer, and causes the fish to vomit him up on a nearby shore (probably Joppa, where he started from). I’m guessing he would have had a swim in the sea first, to wash away all the internal fish juices (yuck!). Then he makes his way to Nineveh, a trek of three days. When he arrives, he proclaims “yet forty days, and Nineveh shall be overthrown”. God’s name isn’t even mentioned, but it caused the whole city to repent. This is much to Jonah’s dismay – he had again plummeted into bitterness that God had chosen to save them from destruction.
Well, what an interesting story this is! I could write an encyclopaedia of sermons on the correlation to evangelism from this story, but I’ll stick to some easier take-aways:
Don’t disobey the call

“Now the word of the LORD came to Jonah the son of Amittai, saying, “Arise, go to Nineveh, that great city, and cry out against it; for their wickedness has come up before Me…” (Jonah 1:1-2) This was a direct command from God, and to not heed it was an act of disobedience. Jonah thought he knew better than God, that the Ninevites did not deserve God’s mercy. Knowing it was futile to argue with God, Jonah scarpered, maybe hoping God would forget about him, and find someone else to do the job.

“Go into all the world and preach the Gospel to every creature” (Mark 16:15).
We have also been given the command; to cry out to sinners to repent before judgement comes upon them. And for us to not heed it is also disobedience.
We can always find an excuse not to:
“I just can’t, it’s scary!”
“I don’t know what to say!”
“I could face persecution, or ridicule!”
“I don’t have the gift of evangelism!”
But admit it, these excuses are just a smokescreen to disobedience. I know, because I use them all the time.
But It’s OK, God understands how we feel. And just like Jonah, we can come to Him in repentance, and He will forgive us and restore us. Then we can move on with a clean slate.
Start out small – hand someone a tract and say “God bless you!”, then move to the next person. God will do the rest. In time you will be able to talk about the contents of the tract. You’ll be amazed how quickly you grow in confidence!
Don’t devalue the call

Jonah thought that because the Ninevites were so evil, it disqualified them from salvation. So when he was tasked to preach to them he became bitter towards God, and ran away.
In the same way, we have our own little prejudices and bias, and that determines who we talk to. It would be nice if we could pick and choose, but it doesn’t work like that.
This is salvation we are talking about. It is offered to everyone:
From the homemaker to the drug dealer,
From the do-gooder to the murderer,
From the homeless to the mansion-dweller,
From the saintly to the Satan-worshipper,
From the gutter sweeper to the land’s top politician.
…and, to the person looking back at you in the mirror every morning.
The Gospel transcends every culture, every status, every gender, and every age.
Everybody needs the same antidote, because everyone is riddled with the same cancer – sin.
The bottom line is, we don’t get to pick and choose who gets saved or not – that’s God’s problem. So, look all around, and you will see sinners everywhere. And they’re all balancing on the precipice of an eternity of destruction. We have been given the keys to the kingdom, and the means necessary to save them – the Gospel of Jesus Christ.
Sure, we need to keep safe. If you feel threatened, then take another believer with you as backup. But don’t let that deter you from your task to preach to every creature!
Don’t divert from the call

When tasked with preaching to the Ninevites, Jonah ran away in the opposite direction. But God orchestrated ways to bring him back. And when he realised that God wouldn’t let him go until His plans had been carried out, Jonah repented and submitted to His will. And God will do the same to us. No matter how much we run away, ignore the call, stick our fingers in our ears and go “la, la, la”, the call will return:
There will always be a work colleague sitting beside you,
There will always be a stranger sitting beside you on the train,
There will always be that somebody behind the counter ready to brew your coffee,
There will always be someone standing alone, admiring the view.
And there will always be that nagging feeling inside that you need to do something.
God has providentially orchestrated people to cross your path. They come in all shapes and sizes, colours, and ages.
We miss them because we are waiting for the right person to come along, and for us to be fully prepared, or fully ‘in the moment’. But we are doing it all backwards;
we should always be fully prepared.
we should always be in the moment.
we should always be on the lookout for people to share the Gospel with.
That way, when they cross our paths, we are good to go. It needs to become a habit. And once it’s a habit, it will become a lifestyle.
And good habits always take perseverance:
The toddler eventually walks,
the cyclist eventually stays upright,
the driver eventually stops safely before hitting the tree.
…and the Christian eventually gets better at sharing the Gospel everywhere they go.
Don’t feel horrible if you failed to witness to someone. And don’t feel horrible that you didn’t do it 100% right the first time. It’s OK, it happens all the time, and it will undoubtedly happen again.
The most important thing is that through repentance, you wash the stain of the sin of disobedience off in the ocean of Christ’s mercy.
Then get up, and carry on!
I’ll see you at my place the is Saturday at 10am for prayer before heading out again!
Blessings,
Craig.
Witnessing Tip: Stay Engaged!

Nothing turns people off like a bored listener.
If you want people to take you seriously,
show them respect by listening to their point of view.
It may also help you finding an opening for the Gospel!

Why Is It That?…Labelling Christians as ‘Judgemental’